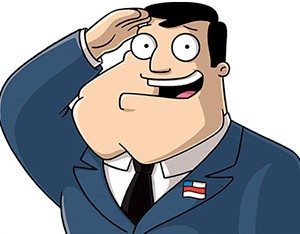 Most people I do windows for take it for granted that I know what I’m doing and let me go about my business, but every now and then I run into a woman who follows me around wringing her hands and warning me about lamps and nicknacks or pointing out spots on the glass before I’ve even wet it down, and the other day the man of the house, recently retired and in an angry panic over the state of the nation, followed me from window to window letting me know that for thirty years, before they gave him the gold watch and the severance check, he’d flown all over the world for the firm, closing deals and setting up new accounts, so he’s seen first-hand what’s happening to this country, cameras everywhere, spying on us in airports, we’re more Communist than the Red Chinese. We started out becoming Socialists under Roosevelt, which was bad enough, but then Obama took over the government and now we’re Communists and Big Brother is watching us.

“Big Brother was more a Fascist than a Communist,” I said, and immediately regretted it.

“What?” he said. “Are you calling Americans Fascists? What kind of American are you?”

Sometimes, sitting on a bar stool, I’d get bored and strike up a conversation with whoever was sitting next to me, push their buttons until they were on the verge of violence, and then bring them back down until they began acting like we were blood brothers.

But one night I miscalculated with a big lumberjack, and the next thing I knew I was out in the alley with him and a crowd of onlookers as he threw me to the ground, sat on my chest, and — grabbing fistfuls of my hair, which was quite long back then – began bashing my head against the blacktop.

He showed no sign of letting up, and I realized if I didn’t come up with something fast, he was going to bash my brains out. And so I said, one jerky word at a time:

He stopped to consider this, and the crowd that was gathered around considered it too, and then someone said: “Yeah, man. What kind of an American are you?”

A murmur of disapproval of such un-American activity as the lumberjack was displaying went up from the crowd.

Someone lit a joint and passed it around, and we began shaking hands and hugging each other. We did everything but sing The Star Spangled Banner.

And that’s what I said to the retired globe trotter.

“I’m a good American,” I said, and he came close to tears.