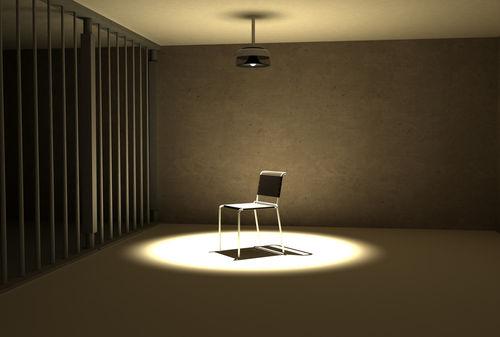 Six days of waterboarding and he began babbling in Portuguese. When they yanked him off the plane at O’Hare three weeks earlier he was Clancy O’Leary answering questions in English with a Russian accent, at least that’s what his passport said, a Canadian passport, that he was Clancy O’Leary, not that he spoke with a Russian accent, and anyway, after they brought in a linguistics expert it turned out it was a Romanian accent, which was enough to get him flown to a clandestine rendition center in Turkey.

Three days in a pitch-black soundproof room with electrodes attached to his genitals that zapped him whenever he drifted off to sleep, and toward the end he whimpered but never spoke a word and on the fourth day they began piping in Romanian folk songs at ear-splitting volume hoping he’d sing along, but no luck.

They yanked him out of there and smeared his face with makeup, dressed him in ballerina slippers and a pink tutu that left his genitals exposed (bruised and discolored from the electrodes), and paraded him back and forth in front of a line of WACs who gave catcalls and hoots. He collapsed after only a few minutes and lay there on the concrete floor. Two male soldiers came into the room and urinated in his face, and he passed out. When he came to he was strapped to a straightback chair on one side of a scarred wooden table in a concrete bunker with a flood light shining in his face.

A trim little man in a hand-tailored suit sat on the other side of the table, working on his nails with a nail file. “Ah, excellent,” said the little man. “You’re awake. Would you please state your name?”

That was the only question he’d been asked, over and over, since arriving in Turkey. The strategy was to get him to break and give his true Romanian name, and from there they could move on to determine which terrorist cell he was a part of and the degree of his involvement. Up until now he had always answered (in English with a Romanian accent), “I am Clancy O’Leary,” and each time he was struck on the back of the neck with a baton. But now, without a trace of accent, he said, “I want to see a lawyer,” which was something the little man on the other side of the table hadn’t seen coming.

“Get him out of here,” the little man said, and the soldier standing behind Clancy O’Leary’s chair said, “Where to, sir?”

“Where to?” barked the little man. “To his holding cell, you fool!”

“But he doesn’t have a holding cell, sir,” said the soldier. “I brought him here straight from the dark room.”

The little man glanced at the camera in a high corner with a stunned expression on his face, and then the door to the bunker opened and in came a gray-haired gentleman with a kind face and behind him two men in blue jumpsuits.

“I’ll take it from here, James,” said the gray-haired gentleman, and the men in jumpsuits lifted up the chair and carried Clancy O’Leary out of the room.

He awoke in a bed with clean sheets. He’d been bathed and was wearing silk pajamas. Sunlight was flooding thru an open window and there was a tray of food on a table across the room. He managed to get out of bed and make his way to the table. He ate.

For the next three days he and the gray-haired gentleman walked the garden paths of what felt like a resort, although they encountered no one else. The gray-haired gentleman encouraged him to talk about what it was like back in Canada, and he talked for hours on end in his Romanian accent, talked about the farm he was raised on, about his neighbors in the outskirts of Toronto, all God-fearing men and women, about his work as an electrician, and about his wife and children who must be worried sick by now.

“Ah,” said the gray-haired gentleman. “An electrician. Do you ever work with security systems? Burglar alarms? Can you assemble a detonator?”

“No, no,” he said. “Just houses. I work on houses–fuse boxes, wall sockets, stuff like that.”

“Wire taps?” said the gray-haired gentleman. “Can you do wire taps?”

“When can I go home?” said Clancy O’Leary in a soft voice.

They pulled him out of bed in the dark, dragged him to a van and drove out of the compound at high speed with the lights off. No one spoke. They stripped off his pajamas as they drove, tied his hands behind his back, and put a black hood over his head. Someone began fondling his genitals, they kept at it, and to his shame he got an erection. When they reached their destination they took him from the van straight to the waterboard room.

Whenever he tried to speak between submergings they immediately put him under again, until after six days he came up babbling in Portuguese, which they took for Romanian.

They were standing around congratulating themselves on finally breaking him when the Commander of Operations stormed into the room, walked directly to where Clancy O’Leary was strapped to the board, put a pistol to his temple and fired.

They’d been blindsided. Mr. X (Clancy’s code name) had done extensive damage to the infrastructure of their Interrogation Network, and he’d brought about the downfall of a half dozen high-level operatives with his devious ways. It was something new, and Linguistic Terrorism was established as a new branch of Homeland Security.

Within a week after Mr. X had been eliminated, teams of Terminators with a high level of linguistic training were parachuted into Portugal, Romania and Canada, their mission to eliminate with extreme prejudice any persons they encountered speaking English with a Romanian accent.