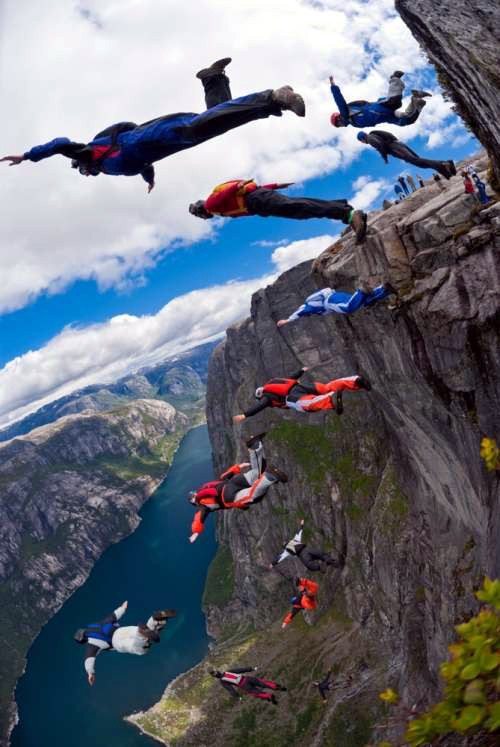 The best way to avoid falling off a cliff is to not get on the cliff in the first place.

The best way to keep from getting shot is when you see the bullet coming, step aside.

It’s a matter of wisdom and timing. Stick to the lowlands and steer clear of women who yodel; you’ll become enchanted, and next thing you know they’ll have you up in the Alps in a wingsuit poised on the edge of a precipice. 3-2-1 they’ll say, and push you over the edge.

People who jump off cliffs in wingsuits have the timing down, but they don’t have the wisdom, and often they get shot out of the sky by a sniper in a tree.

Snipers are terrified of heights, twenty feet up in a tree is the best they can do, and out of frustration they shoot winged people from the sky. It isn’t right, but if the winged people were wise, they’d learn how to slow time on level ground so that when they saw a bullet coming, they could bend back and let it pass by. Eventually they’d realize that they were upside down on a rock spinning thru space, and they’d lose the urge to jump off cliffs.

It’s hard to come by, the integration of wisdom and timing, and if you achieve it in an unbalanced world, much harm will rain down upon you, unless you learn the art of turning invisible, the third ingredient necessary for leading a full and productive life.