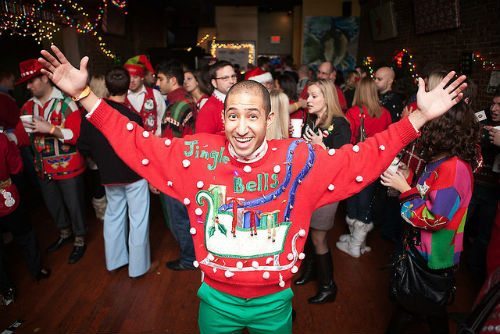 I’ve got some secrets that I keep tucked under my hat. It’s tricky business, wearing a hat all the time, especially when I go to bed. I pretend the hat’s a nightcap and wear a long cotton sleeping gown to round out the picture, to draw attention away from the hat, to make it look legitimate.

Don’t trust people who tell you they don’t have secrets. Figure out ways to draw attention from your hat around such people, speak in tongues and sing nursery rhymes, but never wave your hands in the air, up there where the hat is. Rather keep your hands down low, fiddle with your fly, run the zipper up and down. The drawback to this is people will still suspect you have secrets, nasty secrets, but not the secrets you actually have.

Everyone has secrets, that’s the biggest secret of all. And because of this things sometimes get nasty, especially around Christmastime. People go around saying ho-ho-ho and singing carols, giving each other house slippers and kitchenware, eating too much, drinking too much, and committing suicide.

Pretend you’re unaware of this.

Slip away and find a safe place to hide.

Go there with your secrets.