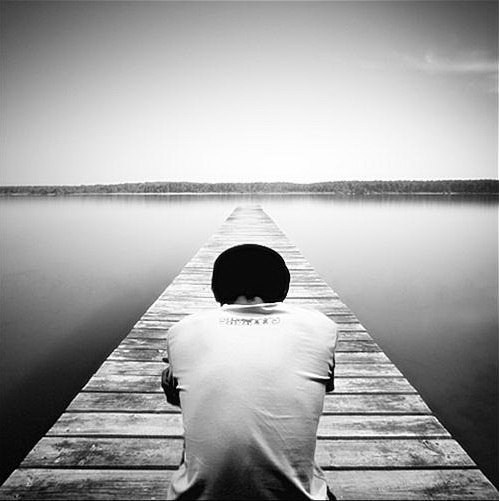 Generations wash over me like ocean waves.
I wear smooth slowly like a stubborn stone.
The rough edges are the first to go, and I begin to tumble
amongst the pebbles and the sea shells.

A small child who no longer reminds me of myself skips me over water.
I sink through silver bubbles to the waiting sand,
fetal with my eyes screwed shut, curling into rebirth.

A lifetime of tentative gestures, each gesture with its hallmarks and its pop-up cards.

No one lives a single life. They morph one into the other until it’s over.

You are not your lives. You’re a green-visored apparition
counting beans behind a teller’s window.

AN EXERCISE IN FUTILITY

Try to listen with your eyes closed and report back what you hear.

Everyone reporting back has the same song to sing–the horror, the horror.

The deep compression of the black hole of truly knowing.

If you don’t know that, you have no idea what the universe is made of.

For years now I’ve been waving my fist in the face of time.
It’s time I straighten up and fly right.
Come in from the cold.
Pay tithe.

I hail from an age when mothers called their children in from porch steps
when darkness began to fall.
For this if nothing else I’m deeply grateful.

Just kidding about coming in from the cold.
There’s nothing to come in to.
The house door is off its hinges and the windows boarded up.
The fire in the hearth has turned to ash,
and the echo of a mother’s voice has long since vanished.

I’m one small stone in a parabola of stones across a dead man’s creek.
It’s been ages since a small child’s foot
pushed off my clustered words towards the next stone
in a daring dash for freedom.

The last escape route has been sealed.

It came to him while taking out the trash–
alienation is having allegiance to a mystery beyond the human race.

He hears a twig snap behind him, but when he twirls around, there’s nothing there.