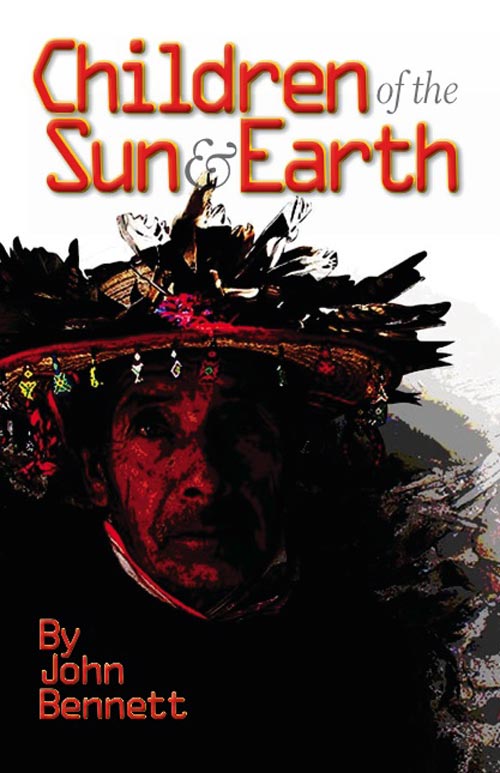 In John Bennett’s novel, Children of the Sun & Earth

an intelligent, steady-nerved young man and veteran named Tobias climbs the rungs of power in the cutthroat world of drug dealing and heavily armed Mexican cartels. By applying the right amount of respect and confidence in meetings with the heads of the Morales cartel, the Huichol Indian tribe, all the way to Pablo Escobar, Tobias sets himself up for the ultimate showdown between the DEA, a Vietnam Colonel named Wild Harry Witherspoon, the top drug lord in the world, and a team of highly-skilled Vietnam veterans.

Tobias comes from a long line of smugglers and dealers who stretch back to the early 19th century. Bennett’s abundantly detailed history of drug trade hundreds of years ago is one of the most fascinating parts of the book. A “half-breed Seneca” tells her farmer husband that the other farmers are smuggling wool and whiskey. She notices the demand for opium, and soon, with natural prowess, she begins moving the drug in from Canada and makes a profit. But, with most risky, lucrative endeavors, complications arise, competition moves in, and the operation becomes treacherous.

The novel is not only a story about the history of major drug smuggling in America. It’s about brothers, destiny, and war. It’s about the individual regaining his spirit and fighting the great beast of mediocrity.

Out of a large cast of extremely well-developed characters with intricately interwoven pasts, Bennett’s novel ultimately follows the lives of two brothers, Seneca and Tobias. Early on, because of an altercation at school, when a “single act altered the direction of his life; no, determined the direction of his life”, Seneca is suddenly obligated to join the military, where he excels and becomes a covert operative. Tobias, later on, gains prominence in the world of drug dealing. Because of the high statures of both brothers, their paths begin winding toward each other once again.

Years later, “…there’s a situation developing on the home front that’s jeopardizing the way the intelligence community works with the cartels,” a government agent briefs Seneca. “The entire west coast,” he says. “Escobar took control of cocaine on the west coast in 1980…. But he did it swift and clean, and so we let him have it. Then, in ’82, an organization sprang up out of nowhere and in a matter of months blew Escobar out of the water. Whoever these guys are, they’re good…. There’s Nam stamped all over it.”

How will the DEA quell this shakeup of the drug world without alerting the public to their own collusion in the drug trade? How will the U.S. government disarm renegade Nam vets who have been trained by the very best? There is a constant jockeying for power between forces mostly unseen or unrecognized by the average American, and all of the forces are either tied into, or only capable of existing because of the American war machine, both at home and abroad.

The Children of the Sun & Earth is a brisk read with one memorable scene after another. Its story and its characters will remain with you long after you finish the final page. — Adam Michael Luebke – Dear Dirty America 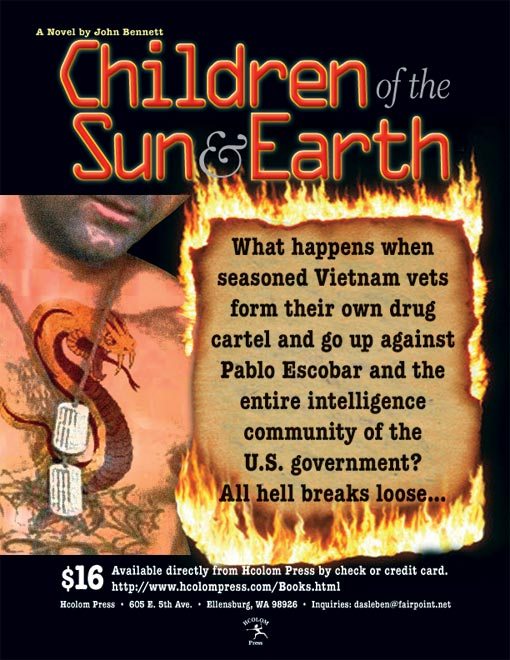