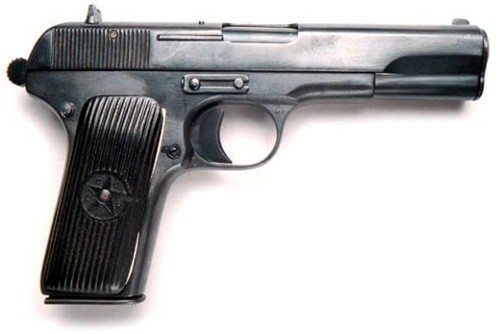 There are two of them, and they knock on my door every Tuesday at exactly 3 a.m. They knock once, wait five minutes, and then leave. I never respond. This has been going on for ten years.

One Tuesday the knock came at 2:20 a.m., forty minutes early, and I sat bolt upright, took the Tokarev from under my pillow, and twisted around in bed to peek thru the blinds. It occurred to me that this was the moment they’d primed me for, and when I peeked thru the blinds, then what? They blow me away with a shotgun? Except it wasn’t them out there on the porch, it was someone in a suit, and there was a black limo parked at the curb.

You may be wondering how I could let something like this ride for ten years, and how I knew there were two of them on the porch. It has to do with my secret life, my dark side, all that training and discipline–I knew there were two of them by the way their feet shuffled, and I knew one was heavy-set and one was slight of build and dangerous. I knew they were men, not women, in their late twenties when it all started, but as time wore on, they aged.

So imagine my surprise when I peeked thru the blinds ready to open fire and there was only one person out there. This was a serious lapse in alertness on my part, the kind of thing that can get you killed in the dark world I was trained in. I got out of bed, put on my bathrobe, and slipped the pistol into the robe pocket.

“Mr. Bennett, Mr. Stone would like to speak with you, if it’s convenient,” the man on the porch said.

I opened the door and followed him across the frosted grass. He opened the back door of the limo, and I slipped inside.

So there I am in the back of the limo, smoking Cuban cigars with Oliver Stone and talking books and movies, but the whole time I’m thinking about the 3 a.m. knock. But 3 a.m. came and went, and they didn’t show.

That was months ago, and every Tuesday night since I lie awake waiting for the knock, but it doesn’t come. It’s possible that Stone was behind the whole thing from the start, and when he showed up that night he got something from me and I don’t know what it is. I have a strong feeling I’m in over my head, and one day, without warning, I’ll be struck down.

0 Responses to the waiting game