the cancellation of love & hate 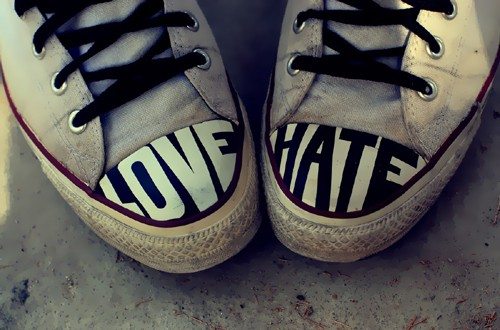 The Cancellation of Love & Hate

How to reconcile peace of mind with a soaring spirit and at the same time love all mankind. What’s the trick, and please don’t say surrender, not on a day like today, not with the freeway iced over and 18-wheelers jackknifed on the pass.

No one loves all mankind. It’s impossible. But it is possible to hate all mankind, as long as you include yourself; otherwise you wouldn’t be hating all mankind. So in essence you hate only yourself when you say you hate all mankind, the rest is projection, and the same holds true for love. Realizations like this lead to bitterness.

There is more pain in bitterness than in loneliness, which means if love existed, compassion would have us loving those who are bitter more than those who are lonely. That’s why people who hate become bitter toward people who love, because love is a lie.

Bottom line is we’re all self-centered and either bitter or lonely, and the rest of mankind doesn’t exist. For those who truly understand this, existence becomes unbearable.

Tagged as John Bennett, Poetry, the cancellation of love and hate

0 Responses to the cancellation of love & hate