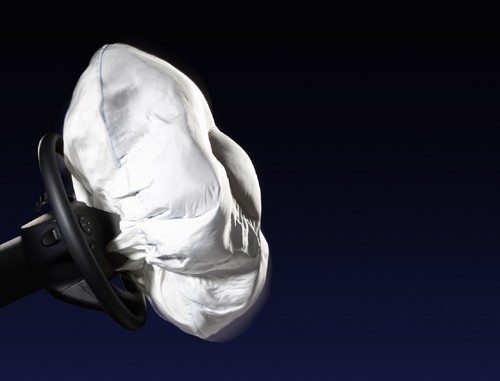 He bought a new rig, new to him anyway, he could open or lock the doors from thirty yards out by pushing a button on his key chain, which was quite a novelty. Everything worked by button, you couldn’t roll the windows down without pushing a button, and what if something went bonkers with the button, then you were stuck with the windows down or up, and if they were down, then what good was that button on his key chain that locked the doors? And what if it rained? Or snowed? Then what?

Everything worked by button except the gas pedal and the brake. There were buttons to adjust the mirrors, buttons to make the radio play and the heater work, and buttons for speed control. He wasn’t comfortable with the buttons, he was a guy who learned to drive in a 1942 Plymouth stick shift that had no buttons and only four gages, for oil, gas, battery and water. In this new rig as soon as he pushed the button on his key chain and the locks sprang up on all the doors and he climbed in behind the wheel the dome light came on and red and green lights on the dash began flashing and bells and chimes went off. Once he had it in gear and was driving down the road, the lights and bells and chimes subsided, unless he’d neglected to fasten his seat belt, in which case there was a chime and a light that kept going.

There was one light that bothered him more than the others. It was the air-bag light over a fine-print warning about the damage the air bag was capable of unleashing if it got triggered. But search as he might, he couldn’t figure out where the air bag was, until one day it came to him as he was driving thru town. It was compressed inside that blocked-in area in the middle of the steering wheel, and when he realized this he was overcome with technophobic animosity and he slammed the indicated area with his fist and activated the air bag.

The thing came whooshing out instantaneously with tremendous force, breaking the wrist of the offending hand and slamming it up into his face where it shattered the left lens of his glasses into his eye and shoved the cigarette he was smoking down his throat. He had three cracked ribs and couldn’t breathe and not being able to see where he was going he drove over the curb and into the plate glass window of a furniture store which set off the furniture store’s burglar alarm and sprinkler system, drenching an entire floor of bedroom furniture and sofas.

When the police showed up the first thing they noticed was he didn’t have his seat belt on and they wrote him a ticket for $104.