the dealer (for julien assange) 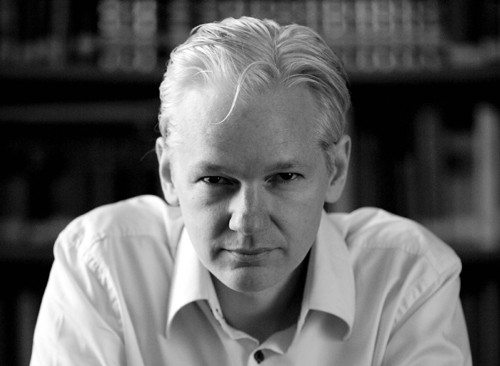 The deck gets shuffled without the aces and kings. High rollers make a droll count of their blue chips. The dealer holds up a joker for all to see, and the joker leers like a maniac. There’s a low murmur of respect from the low rollers. Then the dealer holds up another joker and slides them both back into the deck, shuffles the cards like an Italian street vendor and fans them out on the green felt, face down. “The sky’s the limit,” he says.

Jokers are wild in a low-roller world. Nothing is wild in the world of high rollers, it’s all calculated; but they’re out slumming, playing at the low roller’s table, passing time before the high-stakes game gets started on the top floor of the casino.

Six hands later the high rollers are busted and the low rollers are giddy with what they see as a streak of good luck. They slap each other on the back and tip the drink girl lavishly.

The pit boss sends a signal to the top floor, and six men in dark suits show up. They cite house rules and confiscate the low rollers’ winnings, then escort them out of the casino with a warning not to return. The men in black go back inside to take care of the dealer, but he’s vanished.

This sort of thing will never be brought under control until the dealer is apprehended and dealt with. The low rollers are putty in his hands, although this would be news to them.