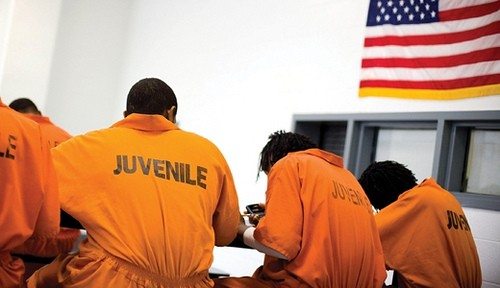 It was congenital, but he pretended (or is it contended?) he had different parents than the ones claiming him, and he refused treatment. Even when they strapped him to the wheel of fortune and spun him around he wouldn’t open his mouth and swallow his just desserts, swallow what he had coming to him, even when they punched him in the jugular he wouldn’t open his yap.

What a waste of money on the music lessons, the violin and the oboe, what a waste of appropriate clothing to make him look more Chinese and give him a better shot at the concert circuit, what an affront to the American Dream that not a living soul had ever had. What a contentious, convoluted, conjugal heap of mixed blood, his Chinese mother and his Lithuanian dad.

Off they sent him to Youth Incarcerated Inc., a subsidiary of Lock Down Inc., the leading incarceration-for-profit corporation in the world (along with Hangman Inc., which also bought out the Hilton chain and manufactures Tarot cards).

It wasn’t an easy decision, they loved little Rosebud (as they’d renamed him after migrating and taking out U.S. citizenship), but it was one an increasing number of parents were making for children of mixed blood who lacked motivation, which was a juvenile crime recently upgraded to a felony along with irreverence and inappropriate laughter. “Nip it in the bud” was the slogan behind which the law was finally pushed thru, but the irony was lost on his parents who still spoke broken English.

Once inside on a ten-to-life sentence they kept him in a one-man accommodation chamber (cells had been outlawed) and pumped in violin music around the clock. Youth Incarcerated was light years beyond your average antiquated prison, they were progressive and mandated by law to bring out the best in America’s wayward children.

A fringe element of civil-rights advocates (talk about antiquated!) suggested (suggestions were still legal, but assertions were a capital offense) that he hanged himself (he was 12) in his accommodation chamber with a rope that he fashioned from strands of wool blanket out of despondency (a word that was as antiquated as antiquated), not out of remorse for not sticking with his violin lessons. Their suggestion was duly noted, but the board of grade-school teachers assigned to write a report on his untimely death unanimously concluded that his death had nothing to do with either despondency or remorse, it was congenital, whatever that means.