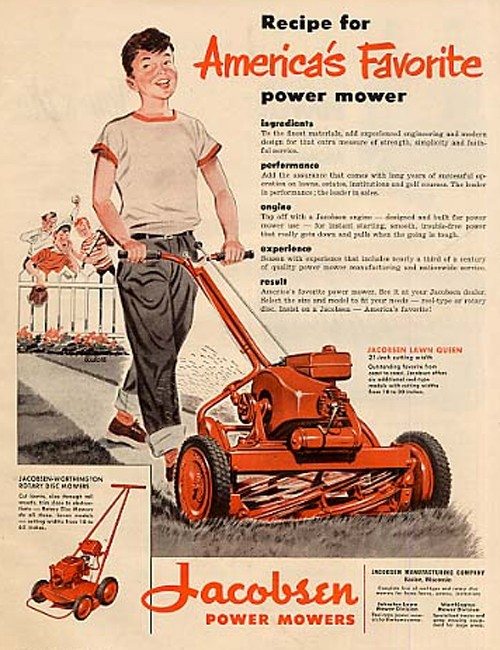 Your neighbors aren’t your neighbors. They’re weed eaters and other motorized gardening tools. They prune and plant rosemary. They used to slash and burn but that got old and they went undercover. That’s what people afflicted with severe patriotism do instead of retiring. They used to wear uniforms and burn straw huts; stamp out crime; wage war on drugs and atheists, Arabs who fly planes. You just can’t be too careful. The more ambitious among them attempted to wage war on Rome but the Vatican was too big to fail and word went out to rein it in. And they did. They’re not anarchists, for God’s sake, they’re patriots. They follow orders.

Never stop on your way from your front door to your car to talk with your neighbor. Have you ever tried to talk with a weed eater? How did it make you feel? Right, like you must be going insane. Just keep going with your head down until you’re safe in your car. It’s okay to give a short toot on your horn as you drive off. This will dampen any suspicions that you might not be a weed eater. Or a 20 horsepower rider mower with a ten-gallon tank and a mulching device. Quite often when you do this, toot your horn as you pull away from the curb, all the automatic sprinklers up and down the block spring into action. This is the way your neighbors say howdy.

After dark your neighbors turn on their TVs and turn into Fox News. Sometimes they have barbecues in the back yard and discuss the fact that the President of the United States is not an American citizen, and that they have to stand their ground against blacks that might wander into the neighborhood. Occasionally they step out on the front porch and fire warning shots into the air.

Try not to leave your house after dark. Place your TV so the screen can be seen from outside and tune in Fox News. Then slip into the bedroom, pull the covers over your head, and wrack your brain for a place where you can escape to where things are different.