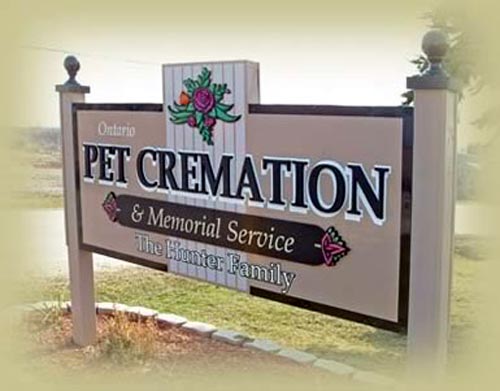 Ten of his friends showed up for the cremation of Jeremy’s goldfish, even tho it was illegal.

Not everyone knows that cremating goldfish is illegal. You need to have a license. It’s an obscure law that many years ago Monsanto, using its lobbyists, got tagged on as a rider to some clean-air legislation.

Say what you will about Monsanto, they’ve got vision. Maybe vision is too strong, maybe foresight is a better word. Monsanto has foresight, and what they saw back then was that the cremation thing was gathering steam, that soon people would be cremating their pets as well as their loved ones, and with the right laws on the books they could corner the market. They set to work buying controlling shares in the crematorium manufacturing industry, and then they established a subsidiary corporation called Flames of Glory that specialized in cremating pets of all sizes, from chihuahuas to elephants. And yes, goldfish, too–anything that was a pet, although until Jeremy, no one had attempted to cremate a goldfish, with or without a license.

Monsanto had a low-profile task force that tracked down people who cremated their dead pets. Of course many illegal cremations slipped thru their fingers, but those perpetrators that didn’t were turned over to the law and heavy fines were levied against them.

Jeremy and his goldfish might have slipped by undetected too, except an MCA (Monsanto Cremation Agent) happened to be pretending to check out the hamsters in the local pet shop when Jeremy came in.

“Can you give me any advice on how to go about cremating a goldfish?” Jeremy asked the clerk.

“Are you putting me on?” the clerk said.

“No,” said Jeremy. “My goldfish died last night. I found him floating on his side when I got up this morning.”

“And you want to cremate him?” the clerk said.

“Yes,” said Jeremy. “I loved Gold Streak, and he loved me. When I’d put my face up close to the tank, he’d swim up and pucker his mouth against the glass and blow tiny air bubbles.”

“How do you know it was a he?” the clerk asked. “Maybe it was a she. And if you loved it so much, why didn’t you buy more fish to keep it company?”

“I know,” Jeremy said. “I was selfish. But it’s too late to change that now. All I can do is give him a decent send off. I’m not going to throw him in the garbage or feed him to the neighbor’s cat, I’m not one of those people. I’m going to cremate him, and I thought you might be able to give me some pointers on how to go about it.”

“No one cremates goldfish,” the clerk said. “And besides, it’s against the law. You need to get some help, kid. You’re all fucked up.”

“I just want to do the right thing,” said Jeremy, and his eyes whelmed with tears.

“Okay, okay,” the clerk said, both embarrassed and touched. “Cremate your fish if it makes you feel better. But look, I’d dry him out first. Like, wrap him in gauze and lay him on the windowsill in the sun for a day or two. And then cremate him outdoors, at night, under the stars. Make it special, get hold of an earthen bowl that’s been painted by Indians, like Aztecs or something. And use hard wood, hickory or oak. Bundle Gold Streak in oak twigs bound with…with sinew!”

The clerk was getting into it.

“Yeah! Coyote sinew!” said the clerk. “Fill the bowl with oak shavings and hollow out a place in the middle and lay old Gold Streak down in there. Torch it.”

Jeremy was overwhelmed by the clerk’s explosive enthusiasm, and the Monsanto agent stopped pretending to be interested in the hamsters.

“I’ll do it!” said Jeremy. “I’ll go home right now and put him on the windowsill, and then I’ll start looking for all that stuff! I’ll invite my friends, it will be a spiritual experience!”

“Yeah, well,” said the clerk, coming to his senses. “The only catch is it’s against the law.”

“Yeah. I already told you that. It’s against the law to cremate pets without a license.

“What kind of law is that?” said Jeremy.

The law’s the law. At a special meeting of the Board of Flames of Glory they decided to go all in on this one. If they could bust Jeremy for cremating his goldfish, and bust his friends as accomplices and the clerk as an instigator, and if they could make it stick in court, then there would be no end to what they could make go their way by prosecuting people instead of having to fight them with expensive ad campaigns.

Looking back on it, Monsanto saw that creating Flames of Glory long ago had been more than foresight, it was divine inspiration, almost prophetic, and for the first time they began to truly believe that God was on their side.