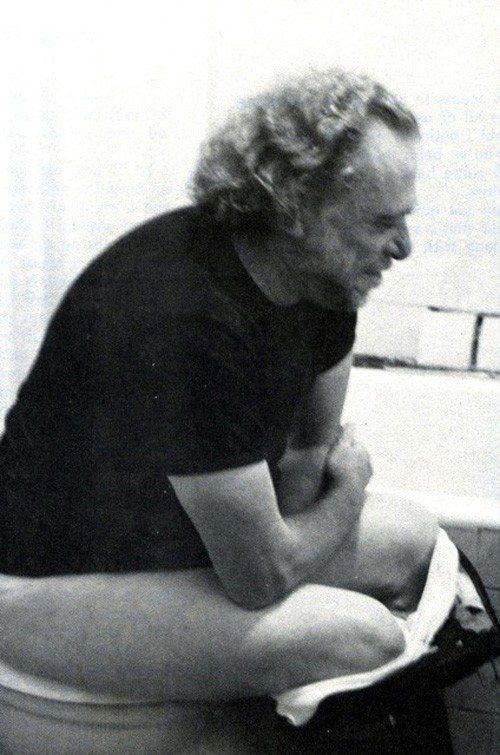 It was the middle of the night, and I was hunched under a bridge with Charles Bukowski on the outskirts of L.A. We had some stale rolls and a tin of sardines, but Bukowski said we needed some ham.

“Those guys over there,” said Bukowski. “I’ll bet they got some ham. “I’ll lay money on it.”

We weren’t the only people under the bridge. There were maybe fifteen or twenty of us scattered around. We didn’t know what we were hiding from, but you could sense it out there waiting for us.

“There must be three or four of them under that tarp,” I said. “They’ll kick our asses. Besides, we got these sardines.”

“Listen, all we gotta do is hang on until morning,” I said. “Then we can wash up in the men’s room at the Greyhound station and you can read some poems on a street corner and maybe we’ll pick up enough spare change for a bottle of wine and some ham, maybe even enough for a room to crash in tomorrow night. Maybe our luck will change.”

“I blew my last twenty at the track,” Bukowski said. “I can’t spot the winners anymore.”

“There’s always the mission,” I said. “We could crash at the mission if we don’t get enough for a room.”

“FUCK THE MISSION!” Bukowski exploded. “I’ve been down that road! Where’s John Martin when I need him? Where’s Weissner? Where are my readers?”

“You should have stayed dead,” I said. “It’s all Facebook and smart phones now.”

We got to our feet with some difficulty, stiff from sleeping on the damp ground under the bridge. We hobbled down the hill toward the lights of the city, ready to kick ass.

Tagged as Charles Bukowski, John Bennett, Poetry, Under the Bridge