wanting to be part of things 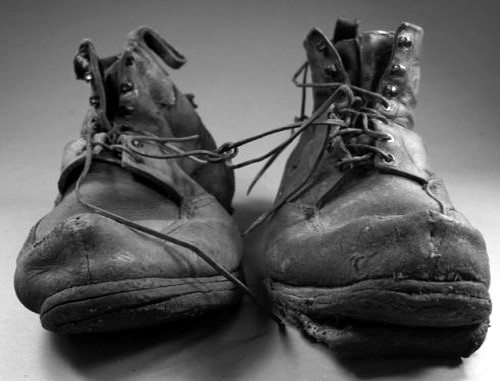 Wanting to Be Part of Things

They stood on their heads and he tied their shoelaces together, just like that.

They didn’t think he could move that fast or that his fingers were that nimble, but there they were, standing on their heads with their laces tied in knots. There were about twenty of them.

Should they pretend it didn’t happen? Stand on their heads until they turned blue in the face? Or go right-side-up again? A lot could go wrong if they tried that. If someone’s legs got too far ahead of someone else’s or too far behind they’d land at different times and the ones still in the air would yank the ones on their feet to the ground and then the ones on the ground would yank the ones in the air to the ground after they landed on their feet. It would be pure chaos.

What would he do then, once they were all tangled up like that? Would he seek revenge for all the years they rejected him? There was something about him they’d never looked at, and now it was staring them in the face.

He bent down and tied his own shoelaces together. Then he walked over to them on his hands and stared at them upside down. He looked from one to the other with a smile on his face, but they averted their eyes.

All he ever wanted was to be their pal.

Tagged as John Bennett, Poetry, Wanting to Be Part of Things