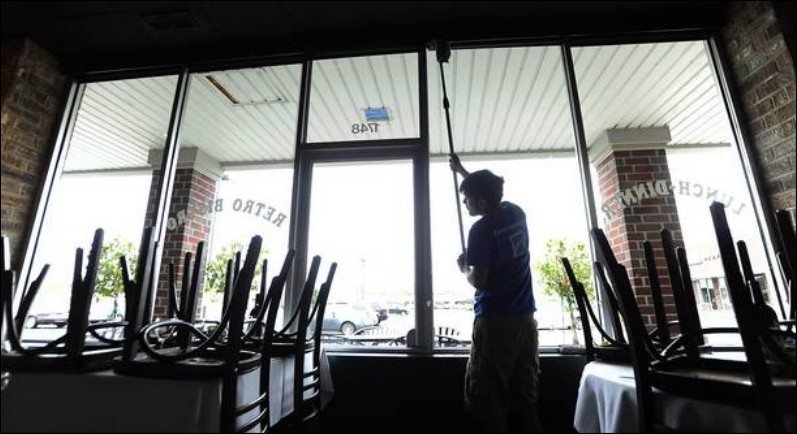 What goes around comes back around, jobs get outsourced into the gaping maw of the “global economy,” Detroit falls from the sky like a shot pheasant, you call up to find out how to work your new gizmo from Verizon and someone in some foreign country answers the phone and babbles on merrily and unintelligibly. Shoe size means nothing anymore, your sweat pants made in Korea unravel at the seams, sweat shops in Bangladesh crash to the ground and mangle thousands of lives and no one wants to foot the bill, and many years after the ball started rolling the gap between the Haves and Have-Nots world-wide reaches critical mass and the ball rolls back home again.

A local restaurant run by local people, ranchers to start with, people who helped settle this valley over 130 years ago, gets bought out by a corporation home-based in Delhi that has set up branch offices across Canada and then sent tendrils south-of-the-border to buy out restaurants in Seattle and Tacoma, then reaching across the Cascades into rural areas, buying up restaurant with easy freeway access, snatching up, finally, from right under my nose, a restaurant I’ve been cleaning windows for for thirty years.

The old owners say they’re worn out, need to retire, and that the Indians are going to leave things just like they are, not to worry, but I have my doubts. And sure enough, today when we show up to do the windows a waitress I’ve never seen before comes rushing out and asks what we think we’re doing.

“That’s pretty obvious,” I say. “We’re cleaning windows,” and she says we need permission from the manager.

“Hang loose,” I say to my crew and go inside.

The first thing I notice is that all the old waitresses are gone, home-spun girls, old and young, some of them a little on the chubby side, all of them friendly, all of them calling every other customer by their first name, and in their place are these svelte gazelles gliding around with their noses in the air.

I’m decked out for winter work, a Korean-war military cap with ear flaps, heavy tattered jacket with a web belt strapped around it from which hangs what in the trade is known as a “bucket on a belt” with a wet wand and an 18” squeegee jutting out of it, heavy wool pants and big boots, rags dangling from my pants pockets. I head for the kitchen where the manager usually hangs out, and one of these gazelles prances in front of me with her hands out. “Can I help you, sir?” she says, and I say, “I don’t think so,” and brush past her into the kitchen and run straight into a new cook in a fancy cook’s outfit who says, “You aren’t allowed in the kitchen, sir.”

I’ve been going back into that kitchen since before this kid was born, I brush past him too and spot the manager who used to be the head waiter and call out: “Hey, Joe, what the fuck’s going on around here, man?”

“You have to be interviewed by Akil before you can wash the windows,” Joe says, and I say, “Akil?”

“I’m sure he’ll keep you on if the interview goes well,” says Joe.

The guys are smoking and clowning around by the van when I go back outside.

“We’ve been outsourced,” I say, and we load up our gear and drive off into whatever’s left of our way of life.