glass made of diamonds 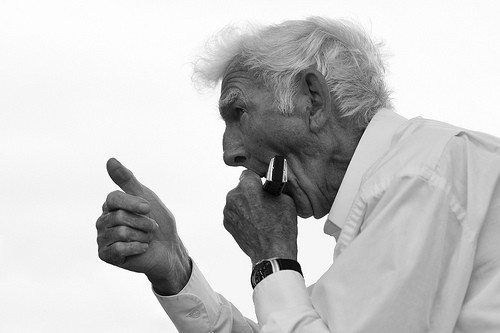 Glass Made of Diamonds

Spring is here and business is picking up. I put an ad in the paper saying “34 years in the valley” which got a flood of responses from old ladies who’ve been in the valley since before I was born, including a Mrs. H. who as soon as I answered the phone started in on how the county is leaning on her to replace her old windows, half of which consist of small diamond-shaped panes. The putty is falling out, air leaks in, and the county, which gives Mrs. H heating-bill assistance, says they won’t continue to do so unless she agrees to let them replace the diamond-shaped glass with thermo panes. “Nuts to that,” says Mrs. H.

“How can I help you?” I ask when she’s done going off on the county.

“Come clean my windows,” says Mrs. H. “I saw your ad in the paper. Sounds like you must know what you’re doin’ by now.”

I go over to have a look.

Mrs. H lives in a dilapidated two-story house that leans hard to the east. The paint is peeling off the thin wood trim between the small panes of glass, and the panes themselves are splattered with paint from a long-ago paint job.

Inside the house, the window sills are crowded with blue, green and red glass vases to refract whatever light manages to get in. All the windows have heavy drapes, pulled to the side and held in place with loops of cord nailed to the walls. The place is jam-packed with old furniture, ratty couches and arm chairs with doilies on the armrests, coffee tables, end tables and bureaus covered with framed photos of children, grandchildren, great grandchildren and great-great grandchildren, and in the other direction, people born in the 19th century. You can’t move without bumping into something, and just managing to get to a window, leave alone clean it, presents a major challenge.

“Don’t get around like I used to,” says Mrs. H. “No cartilage in my knees.” Her hair is dyed pitch-black, her eyebrows are penciled in, and she wears deep red lipstick. She walks with an oak cane. “I just turned 96 last week,” she says. “My husband Del ain’t but 92. I married a younger man. He’ll be pulling in any minute now, he’s off playing his mouth harp for the ladies down at the old folks home, does it once a week rain or shine, flirts with all of ’em. Keeps him young.”

Just then a pickup pulls into the gravel driveway and out pops Del, a wiry, slightly hunched man with a head of shaggy grey hair, wearing red suspenders over a plaid wool shirt, faded jeans and work boots.

“Who’s this young fella?” Del asks suspiciously when he barges in the door.

“I been playing my harmonica for the gals!” Del says, and he whips a three-octave Hohner from his shirt pocket and launches into Danny Boy.

Mrs. H sits in an arm chair with her hands folded in her lap and beams up at him. “Ain’t that the cat’s meow?” she says when Dell’s finished with Danny Boy, a compliment that spurs him into Red River Valley.

“They don’t play harmonica like that no more,” Del informs me when he’s done playing, taps out his harmonica in the palm of his hand and sticks it back in his shirt pocket.

“You ever heard them songs before, young fella?” Del asks me.

“Yes sir, I have. I play a little harp myself.”

“Don’t have it on you?” says Del. He finds it hard to believe that anyone who plays harmonica wouldn’t have one in his pocket.

“I’m working,” I say, an explanation that doesn’t carry much weight with Del but brings us back to the subject of windows.

We settle on a price for the whole ground floor and set a date and a time. They don’t write any of it down.

“Make sure you bring that harmonica when you come do the windows,” Del says as he escorts me to the door, while behind his back Mrs. H is waving and blowing kisses my way. “I ain’t played with no one in ages,” says Del. “Used to, but they all up and died.”

“I look forward to it,” I say, and Del plays Turkey in the Straw in the doorway as I walk to my van parked on the street.

Tagged as Glass Made of Diamonds, John Bennett, Poetry