John Bennett | The Book of Shards 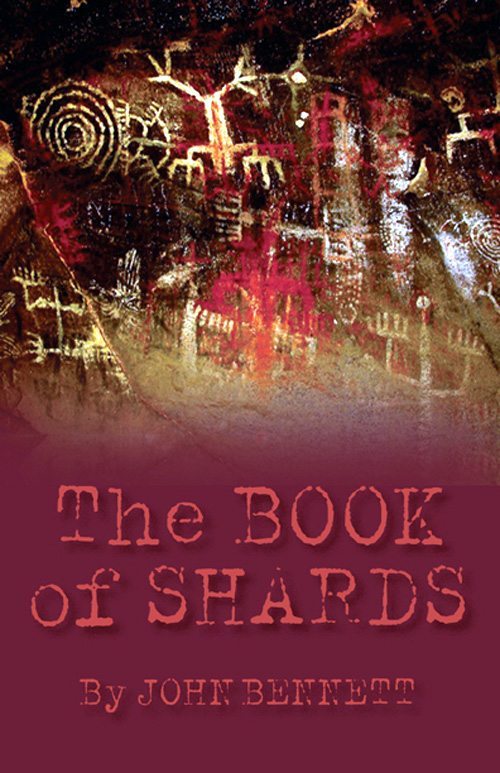 The Book of Shards

Some of the Shards in this book have seen previous publication in:

The Word Maker by John Bennett

He strolled into the hock shop and wanted to do a trade. He wanted to trade an unopened box of #2 lead pencils for a guitar.

The hock-shop guy looked at him like he was a wacko. He even said it: “What are you, a wacko? We don’t do trades. And we sure as hell don’t buy pencils.”

The hock-shop guy just stared at him.

“A typewriter then? Will you trade for a typewriter?”

“Jesus,” said the hock-shop guy. “What did I just say? And what’s a typewriter?”

He went out to his van, an old VW camper, opened the sliding door, and dug the typewriter out from a pile of stuff–a 1917 mimeograph machine, a saddle-stitch stapler, a heavy-duty paper cutter and a dial telephone with wires dangling from it. He took the typewriter, a wide-carriage Remington manual, back inside and hefted it up on the counter top.

“Let me show you,” he said. He cranked a sheet of paper into the carriage and began banging on the keys. Each time he came to the end of a line a little bell went ding! and he took hold of the carriage arm and slid the carriage back to the left.

“That’s the damnedest thing I ever saw,” said the hock-shop guy. “It makes words.”

“Yes,” he said. “But I’m done making words. I want to make music. So how about I trade you this word maker for a guitar? Or a piano. A piano would work.”

“We don’t do trades!” said the hock-shop guy. “And you want to trade that thing for a piano?”

“I’ll throw in the pencils,” he said.

The hock-shop guy laughed in spite of himself. “Listen, you gotta buy a guitar,” he said.

“Well, that’s that then,” said the hock-shop guy.

“What am I going to do with a typewriter?” asked the hock-shop guy.

“It’s a Remington. It’s an antique. Someone will buy it. A collector.”

“So go find yourself a collector to sell it to.”

The hock-shop guy wanted him out of his shop. Other customers had stopped browsing and were staring at them. “Okay,” he said. “Fine.” He opened the register, took out three tens, and handed them over. Then he reached under the counter and brought out a battered guitar with a cracked neck and the D string missing. “Now you can buy this here guitar.”

“How much? Thirty dollars!”

“Then I won’t have gas money.”

“Twenty then. Give me back two tens, and then that’s it.”

The hock-shop guy stared at the Remington after the typewriter guy had left. He moved the carriage from side to side, making the bell ding. Then he lifted the typewriter off the counter and put it on a high shelf.

The typewriter guy was definitely loony tunes, maybe even crazier than the wackos who laid down cold cash for assault weapons.

He put his “back at one” sign on the door and walked down to the corner diner for lunch.

“You’ve fought a harder, cleaner fight than anybody that I know.” — Charles Bukowski

“Kafka, 21st century Kafka. Again and again. Shard readers should coalesce and… I don’t know. The really good ones are so profoundly good.” — D.E. Steward

“It’s some of the best stuff I’ve read in a long, long time, and I’ve been reading forever.” — Al Martinez, L.A. Times

“Bennett is a remarkable writer, ferocious in his intent and startlingly poetic in much of his execution.” — San Francisco Review of Books

“John Bennett never fucks around and has sensitive, frank, disturbing things to say… he fills in the chinks in poetry-culture where the mice and owls live.” — Exquisite Corpse Magazine

“Sometimes you hit it so hard and so right, it’s almost like sex…” — Lynne Savitt, poet Wantaugh, NY

“The two pieces (in Betrayal’s Like That) that really stood out were ‘Three Dog Night’ and ‘Ballad of a Shard Writer.’ Your prose is better than 90% of what’s being written today…” — Stellasue Lee, editor Rattle Magazine

“I thought Tripping In America was one of the best heightened documentaries I’ve read in post-guru America.” — Charles Plymell, poet Cherry Valley Editions

“Bennett’s vital book (Tlie Night of the Great Butcher) is a great redefinition of the short story.” — Small Press Review

“Crime Of The Century is a first-rate piece of writing. I couldn’t stay cool reading this and doubt that anybody could. It doesn’t howl; it’s good reporting, and metaphors out of left field that chill…” — Gene Fowler, poet Berkeley, CA

“The First Gala Affair and The Defrocking of Albert Dream are two of the best stories I have ever read.” — Robert Matte, editor Yellow Brick Road 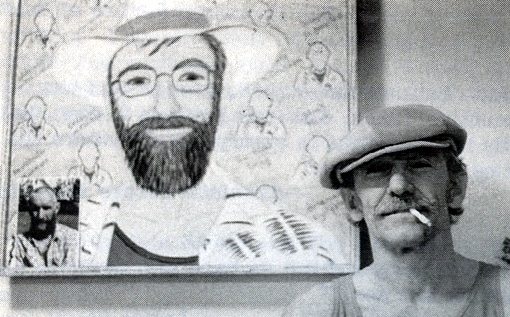 OTHER BOOKS BY JOHN BENNETT

The Adventures of Achilles Jones | Anarchistic Murmurs from a High Mountain Valley | Betrayal’s Like That | Battle Scars | The Birth of Road Rage | Bodo | Born into Water | Cheyenne of the Mind | Children of the Sun and Earth | Cobras &? Butterflies | Crazy Girl on the Bus | Crime of the Century | Domestic Violence | Drive By | Fire in the Hole | Firestorm | Flying to Cambodia | Greatest Hits | Karmic Four-Star Buckaroo | La-La Poems | The Moth Eaters | The Names We Go By | The New World Order | The Night of the Great | Butcher | One Round Robin | Rok och Speglar | The Party to End All Parties | Rodeo Town | Short Jabs | The Stardust Machine | Survival Song | The Theory of Creation | Tire Grabbers | Tripping in America | U-Haul with Dinosaur | Vindicated in the Blood of the Lamb | War All the Time | We Don’t Need Your Stinking Badges | Whiplash on the Couch | The White Papers 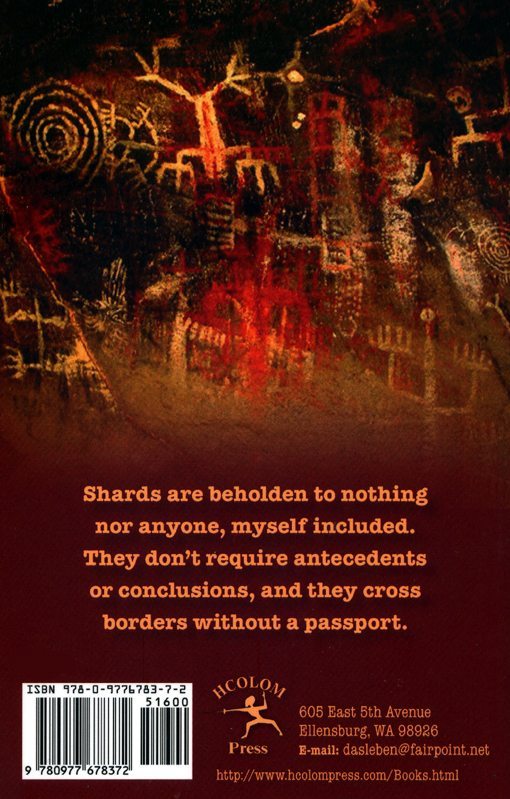 Tagged as John Bennett, Poetry, The Book of Shards