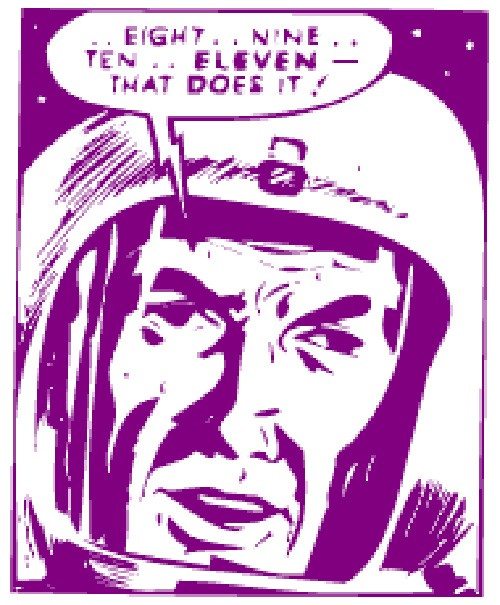 The protest continued. People weren’t buying it. If he didn’t mean out of body then how come at the end of what he wrote down he said he still couldn’t get back into his body? He had to be out of his body to not be able to get back into it.

They were walking around congratulating each other and slapping each other on the back when a telegram arrived. A telegram! Can you imagine? It was from some top-dollar lawyer in Berlin. It implied defamation of character, hinted at literary license, and mentioned the Supreme Court. Legal action was just around the corner.

Some of them caved in and wanted to appoint a committee to draw up a retraction, something air-tight and ambiguous that would get them off the hook, but someone on the other side of the table said no way, let’s go for the juggler, and of course someone from the retraction group jumped up and said, “Jesus, man! You sound just like him! You mean jugular!” Which stirred up a lot of pandemonium.

They were in a rented ballroom in Las Vegas and splitting into two factions so that they had to come up with names to tell each other apart, and what they came up with were The Jugglers and The Clowns, which brought in another telegram, from a lawyer in Damascus this time, representing Bob Dylan. One thing led to another and it wasn’t long before the Tea Party rammed a bill through Congress to limit the number of political parties on the national level to three.

The Juggler Party got hold of some ex-Navy Seals to kidnap the Word Monger, and using the billions they’d garnered from people like the Koch Brothers in their fund raising campaign they hired a Lithuanian space engineer to build them a rocket with a one-man capsule on its nose. They stuck the Word Monger in the capsule and shot him into outer space where he docked with Major Tom’s space station.

Major Tom brewed the Word Monger a cup of good English tea to calm his nerves and told him to accept his fate, that’s what he finally had to do. The Word Monger said that would be hard to do, there were principals at stake, and Major Tom said this is what got you up here in the first place, you mean principles. “No,” the Word Monger said, “I mean principals. The principals of every school I ever attended, and I attended quite a few, have been rounded up and are being held in a detention camp in Utah – they’re being blamed for my defective education. If no one reports them missing within a month, they’ll be exterminated.”

“Well that’s jolly well a horse of a different color,” said Major Tom. “Perhaps we’d better inform Mission Control. Is there anything you’d like to say to the world in 200 words or less?”

The Word Monger floated over to a writing desk and with a magnetized pencil he wrote the following on a magnetized Western Union form:

“I did not mean out of body. I meant outer body. When I was a small child I was transported out of my body by a mysterious force into an outer body identical in appearance but not in substance to my true body. For the rest of my life I longed to be transported back into my true body, but it never came to pass. Then the voice of my true body, longing to reunite with its substance, which is me, projected itself thru the aether into the outer body and began to speak at random and often at inopportune moments without my having any control over it. Soon I was abandoned by everyone who knew me only in my outer body, and this is what it’s come to, trapped in outer space with Major Tom. If, however, I am brought back from outer space, I am willing to negotiate a confession to end the controversy that is tearing out political system apart.”

Major Tom transmitted the Word Monger’s message to Ground Control, and it was sent by telegram directly to the President who was vacationing on the Outer Banks of North Carolina with his wife and children.

That very night a missile with a warhead hit and vaporized Major Tom’s space station. The nation mourned the death of a cultural icon, and the Word Monger was erased from history.