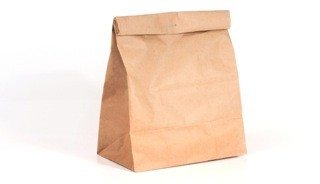 He carried silence around in a brown paper bag along with a handful of broken promises and an explanation or two. He never opened the bag but he knew what was in it. He slept in alleys, behind dumpsters and occasionally under a bridge. He kept his mouth shut and his eyes open. He had a history checkered with contradictions, and they were in the bag too.

Some days he wished he could do it over again. Left instead of right at the corner of Third and Devenshire and things might have turned out different. He might have a white elephant and a Rubik’s cube; children and close friends; a name people recognized. Other days everything was in a dreamy haze and he took things as they came, without regret. Regret was in the bag too. The bag was stuffed full and awkward to carry around.

Some nights he’d stand on the bridge over the river and hold the bag out over the water until his arms ached. It was too abstract to put into words, what would happen if he let go. Silence is the only truth, that’s what it always came down to, and he’d pull the bag back and scout around for a place to sleep.