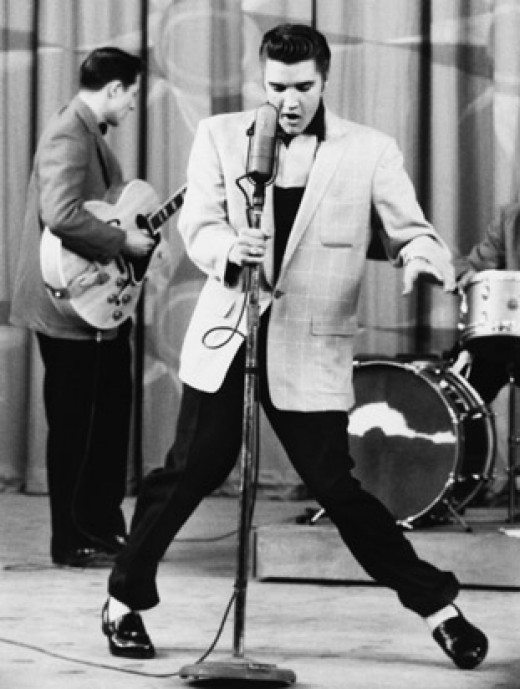 His name was Oswald, and he was a 17-year-old with a clubfoot and a misshapen head. Needless to say, girls were repulsed by him, but then one day fortune struck in his favor. He became part of a Do-or-dare game being played at a sleepover at the home of the lead cheerleader for the high-school basketball team, and Sylvia, one of the girls, drew the card that said she had to get Oswald to take her on a date, get him to take her out on a backroad, and let him feel her up.

“Do it or you’re off the squad,” said the lead cheerleader.

So she did it.

Of course they weren’t going to take her word for it. The whole squad followed them at a safe distance and parked where the dirt road left the blacktop, then went into the woods on foot.

As they drew closer, the woods began to echo with Elvis Presley’s voice singing Love Me Tender.

“Good God,” whispered one of the girls. “Oswald is so not with it!”

But then the parked car came into view, and they stopped dead in their tracks — the car was aglow and hovering two or three feet off the ground. Then, abruptly, Chuck Berry broke in on Elvis and the car began to glow brighter and rock violently and Sylvia, who was in the car, cried out in ecstasy.

That orgasmic cry triggered secret orgasms in each of the girls, and they floated up to the car in a trance. Sylvia was in there alone in a swirl of music, writhing on the back seat, her clothes in disarray, tossing her head from side to side with her eyes closed, clutching Oswald’s AM radio to her naked breasts and singing along.