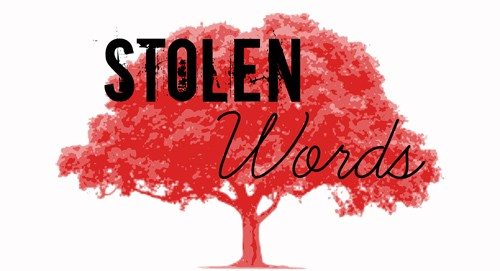 Some clown broke into my dreams and made off with my word bank, some illiterate carpet layer who thought it would get him out of the rat race, allow him to discard those knee pads carpet layers wear, buy a new suit, book reading engagements, attract groupies – all he had to do was take the lid off Pandora’s Box and let the words flow out, aphorisms and one-liners, novels and poems, maybe even a joke or two.

It was an empty feeling, waking up and realizing my word bank had been stolen. The inner void that for years I’d feverishly been filling with words yawned and began expanding.

I got out of bed and began pacing the house in my robe and leopard-skin slippers. I didn’t even make coffee or lite a cigarette. I called in sick, managed to get dressed, and walked down to the local newspaper office; I didn’t trust myself to drive.

“I want to put an ad in the paper,” I said to the woman at the counter. “I want to buy the front page.”

“Surely you jest,” she said.

Surely you jest? What sort of talk is that, coming from a woman who takes ads and collects subscription money? Could she be the one who stole my word bank? I wanted to grill her right on the spot, give her a good tongue lashing, but I didn’t have the words for it. I wasn’t sure I had the words to put an ad together.

“I’ll let you speak to the editor,” she said, and out he came, a man for whom until now I’d felt nothing but scorn for his clumsy use of language.

I picked up a paper from the pile on the counter and thumped the front page with my fist. “This one!” I said. “How much?”

“Are you alright, sir?” he asked, and then shot a glance to a man sitting at a desk further back. I knew what that meant. I wasn’t stupid, I’d just lost 98% of my vocabulary.

“Five-thousand dollars!” I said, and I whipped out my check book, wrote a check for five-thousand made out to the paper, and handed it to the editor.

“Well!” he said, and shot another glance at the man at the desk that made him put the phone down. “Perhaps we can arrange something. Will there be photographs? Illustrations? Would you care to consult with our copy editor?”

“No!” I said. “Here!” I whipped out the yellow pad that I’d brought with me and stroked three fast lines across the top of the page. That usually brought on a furious outpouring of words, but now, nothing. Concentrating so hard that sweat broke out on my brow, I managed to write in block letters: GIVE ME MY WORDS BACK! along with my phone number.

“Very good, sir!” the editor said, folding my check and slipping it into his shirt pocket. “Do you wish your message to be all in caps? Capital letters? You know, big letters?

Three days passed after the ad ran, and no one called. I was deep in despair. I was thinking of giving up on words and becoming a carpet layer. And then I saw the notice in the Arts & Entertainment section of the Friday paper. Billy Ferguson, who owned a carpet store in town, was giving a poetry reading at the Community Center on Saturday night. I was there, along with fifteen other people, most of them Billy’s relatives.

Billy looked pretty awkward up on stage behind the podium. He mumbled something about how he became a poet, and then he picked up a bulging brown paper bag that was on the floor alongside the podium. He stuck his head down in the bag and came back out cross-eyed and babbling like a drunk lunatic. My entire word bank came roaring out of the bag after him and went spinning around the auditorium like a hive of enraged hornets. The place emptied in a flash, leaving just me and Billy, and Billy rushed off stage right with his hands over his ears.

I took a deep breath, sighed, and orchestrated my words into a symphony.