escaping to a distant planet 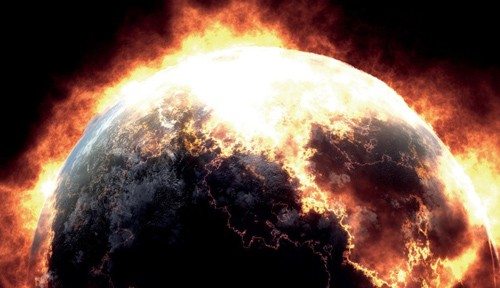 Escaping to a Distant Planet

Society has become a technological wet dream. What used to transpire in a century now transpires in a decade. The human race is escalating into a perpetual state of obsolescence. Generations are being chopped in half and then chopped in half again. Anyone born five years after you laughs in your face. Anyone born before 1985 is a total anachronism. People who use words like anachronism are anachronisms. They’re obsolete, but you can Google them. You can Google anything, even though Google is fast becoming obsolete; it will be replaced by a technological complexity that will make Google look like a file cabinet.

Money will soon be obsolete, don’t get caught with a pile of cash under your mattress. Money printed past a certain point is coded, and when Wall Street is ready, a drone will hover over your house and glow red. Robots will march in the front door and go straight to your cash stash. They will incinerate your money with the latest laser technology and take you into custody. You will never be heard from again. Checks, too, are on their way out. Soon there will be nothing you can purchase without the transaction being recorded.

If you were born before 1985, everything you held dear is dead in the water. 1985, the year George Orwell couldn’t imagine. George Orwell, King of Anachronisms.

If you were born in 1938 like I was, you are in real deep trouble. You cannot get behind the wheel of the latest conveyance (once known as a car) and make it go. Where’s first? Where’s the clutch? What are all these beeping screens and images? Where are those robotic voices giving you grave warnings coming from? Where have all the phone booths gone? The 78 rpm records and the record players that played them? Drive-in movies? Boys setting up the fallen pins in bowling alleys for the next frame?

It’s almost enough to make you long for that asteroid from space the size of Rhode Island to come smashing down to annihilate the earth. You feel so alienated you find yourself hoping this happens before anyone escapes to a distant planet to start the whole thing over again.

Tagged as escaping to a distant planet, John Bennett, Poetry