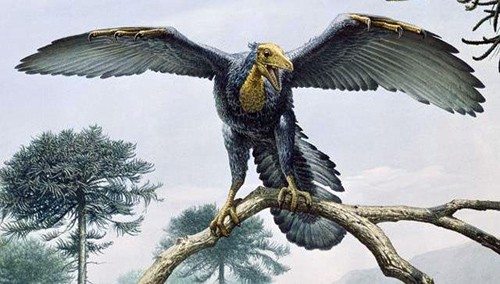 Stanley is an anti-social, precocious, paranoid genius who from the age of ten wanted more than anything to join a terrorist group. But no one would have him, partly because of his inability to interact well with others, and partly because he was Jewish.

Being spurned by terrorists the world over drove Stanley deeper into isolation, and he decided to become a lone-wolf aviary terrorist. He started with what was handy, birds in cages that he could buy at the local pet store. Next he got hold of some owls, hawks and falcons and brought the whole menagerie to a loft on the tenth floor of an abandoned building in Brooklyn. Using his extensive knowledge of genetics and chemistry, Stanley went surgical and started cross-breeding – canaries with cockatoos, parrots with owls, and hawks with falcons. Then, once the eggs were laid, he switched them from one nest to another. Some birds were appalled by their hatchlings and pecked them into a bloody pulp, which attracted accepted hatchlings from other nests and became their first meal. A selective process was in the works.

Stanley kept at it until there were so many birds flying around, the loft could have used air-traffic control. There were hawk-looking birds the size of canaries and cockatoos that talked like parrots. There were robins that could swivel their heads like owls and sparrows that dove like falcons. There were even carnivorous ducks. They continued cross-breeding and grew more and more aggressive – now, when Stanley released normal birds into the loft, the loft birds ripped them to shreds.

As grotesquely different as they were from each other, the loft birds, which Stanley called Stanley Birds, bonded. They continued to cross-breed and reproduce at a prodigious rate, and eventually Stanley began releasing them twenty or thirty at a time into the night sky from the roof of the building the loft was in. Shortly after he started doing this, the pigeon population of New York City vanished, and then all the sparrows disappeared.

In less than a year all normal birds were gone from the states of New York and New Jersey, and the federal government stepped in and established the Agency of Birdland Security. Terrorists groups joined forces with governments around the world to combat the threat to the earth’s ecological balance, and a profile for a master terrorist began to take shape.

It was then that Stanley came out of seclusion, and one moonlit night, dressed in garish green Spandex with a Lone Ranger mask and a red cape, he flew from the roof of his loft riding a bird the size of an elephant, screeching and sounding eerily like Stanley did, crying out when he was four years old and his parents locked him in a dark cellar for weeks at a time.