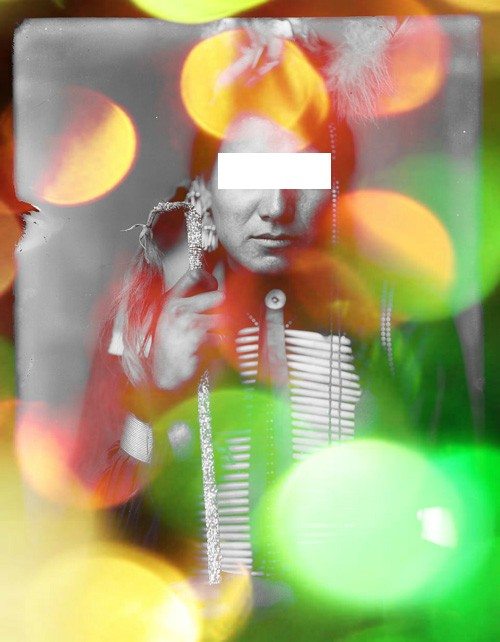 To get thru to what’s really there, you have to throw facts into the furnace of your soul and melt them down, which most people are reluctant to do. Those who do either disguise themselves as artists or get thrown into an insane asylum. Either that or they play-act with the facts from 8 to 5 an then burn the midnight oil.

I know, so far this all sounds pretty far-fetched, but what it really is is a ploy to ward off the rigid Fact Soldiers and lure in those with the jungle wound in their hearts. Aren’t you glad you kept reading? Now let me tell you the story of my great grandmother.

Yes, she was full-blooded Sioux, that’s a fact. And my great grandfather was Irish. But my grandmother was also full-blooded Sioux, which means my great grandfather wasn’t who the facts said he was. He was a drunk who came over from Dublin in steerage and lit out into the wilderness with a rifle and some traps. He made his way west, hunting and trapping and drinking whiskey. Meanwhile, my great grandmother made her way into the Black Hills with a band of renegades, on the run from the cavalry. It was then, up in the Black Hills, that she became a Contrary.

She was the only female Contrary the Sioux or probably any other tribe had ever known, and it took awhile before the band of renegades she was on the run with realized it. She was a Contrary beyond the fact of being a Contrary, she didn’t just ride her horse backwards and say yes when she meant no, she was a Contrary in essence, a Contrary with shaman powers. She projected contradictions into the orderly minds of the colonels of the cavalry so that they were forever leading their troops down phantom canyons in pursuit of ghost riders.

When the renegades became aware of my great grandmother’s powers, the brave who had led them into the Black Hills in last-ditch defiance of the inevitable took her to wife. Nine months later she gave birth to a baby girl. The next day the brave who fathered the child was killed in battle, and two weeks after that my Irish great grandfather came riding into camp on horseback, drunk as a skunk and singing Irish folk songs, leading a mule loaded down with beaver pelts. Not too long after that he rode off with my great grandmother and her baby, leaving the mule and the beaver pelts behind. They traveled east and eventually settled in Bridgeport, Connecticut.

I could go on, but what I know about what happened next is mostly facts that I won’t bore you with.