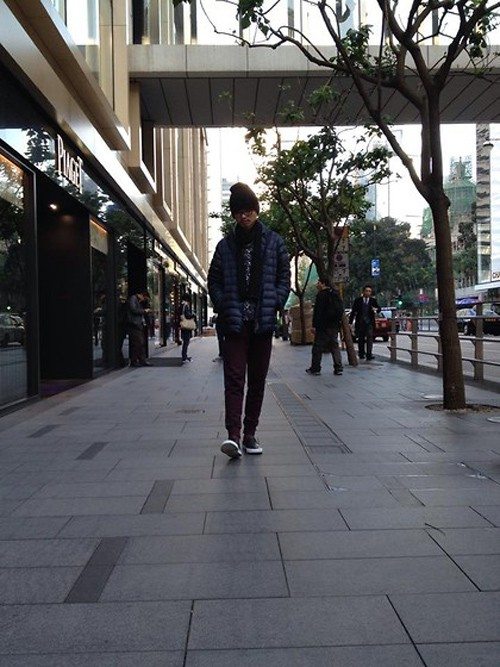 When you cut to the core, the one thing we all strive for is a sense of freedom. A sense of freedom, not freedom itself, because there is no such thing. There are a lot of ways to go about this, depending on who we are and what our potential and inclinations are.

Some people amass wealth, others accrue political power, others still become musicians and artists and poets, some bury themselves in obscurity, and some, out of step with society’s bottom-line mores, take on severely limited and repetitive routines that make the general population uneasy. These people are ridiculed, sometimes physically attacked, and often, under some pretext or other, locked up where their chances of achieving a sense of freedom are extinguished.

The man who lives up the block is a good example. He’s maybe in his late 20s, stocky in a dumpy sort of way, a full red beard and a head of curly red hair, thick rimless glasses, and always dressed the same – ankle-high Ked sneakers, baggy and faded jeans, a wide belt with a brass buckle, a jean jacket (year round), and a floppy cowboy hat. He walks. He walks at the same shuffling pace all over town, looking straight ahead, the expression on his face never changing. He’s been at it for years.

People sometimes call the police when he passes their homes; cross to the other side of the street when they see him coming; pick up their small children and hold them close.

He’s a threat to their striving for a sense of freedom, which shows how vulnerable that striving is.