how the back to the land movement got its start 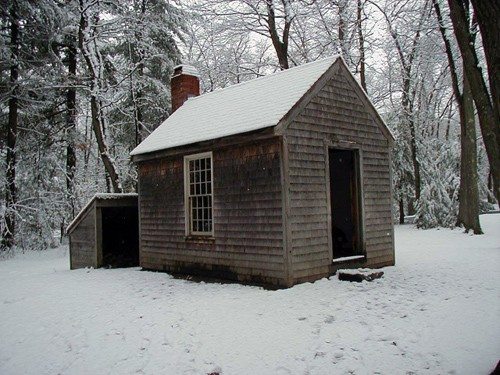 How the Back to the Land Movement Got Its Start

Thoreau was a fuck-up all his life, and while acting as a tutor for Emerson’s children, he accidentally burned down 300 acres of woods.

Ellery Channing told him, “Go out upon that, build yourself a hut, and there begin the grand process of devouring yourself alive. I see no other alternative, no other hope for you.”

So Thoreau threw up a cabin and spent two years considering which pond was more beautiful: Walden, Flint’s or White Pond. The cabin was just a mile and a half from Concord, and Thoreau entertained guests and went into town regularly for provisions.

Out of this experience a century later came the back-to-the-land movement which led people like my granddaughter to declare she was going to go live in the deep wilderness with her infant son and her dog. When I asked her just where this deep wilderness was she said, “I don’t know. Probably somewhere in Oregon.”

Tagged as How the Back to the Land Movement Got Its Start, John Bennett, Poetry