taking a stab at immortality 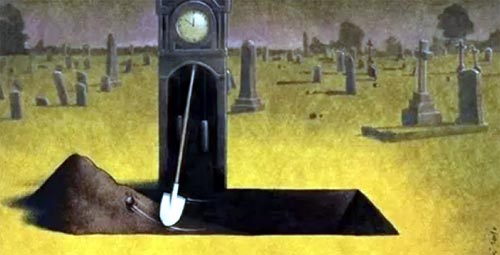 Taking a Stab at Immortality

There are people in the world – scientists, biologists, marathon runners and alcoholics – who are hard at work trying to cook up ways not only to arrest the aging process but to reverse it. They’ve already had some success with mice; there they lie in their metal cages where they’ve spent their whole lives, getting younger by the minute.

Of course, besides eventually generating more people than the earth can handle, there are some tendencies in human nature that throw a monkey wrench into this dream of universal immortality, such as war, high-speed freeway collisions, an atomic cataclysm, homicide and last but not least, suicide.

Some people find the idea of living forever distasteful, but by the time the immortality machinery has been solidly established, we will have the resources to construct towers ten-times higher than the World Trade Center towers were, and these towers will speckle the globe. They will consist of millions of compartments the size of coffins into which people found guilty of contemplating suicide (there will be technology available to detect this) will be inserted in a state of suspended animation, naked and very much alive. Intricate systems will infuse each cubicle resident with oxygen and nutrients and whatever’s necessary to continue reversing the aging process.

We’ve only begun to show the universe what we’re capable of when we set our minds to it.

Tagged as John Bennett, Poetry, taking a stab at immortality