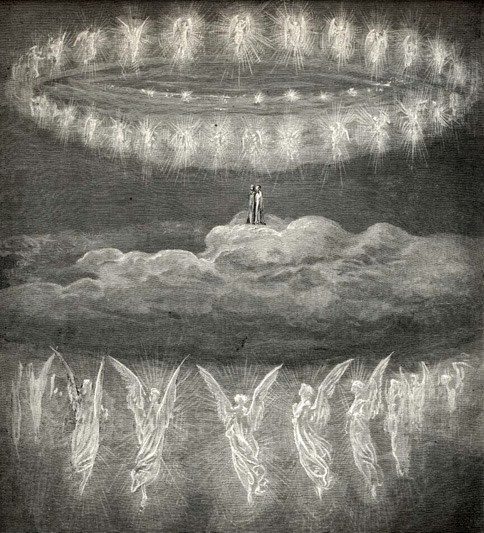 I hesitate to mention it, but sometimes up on the hill at sundown tiny creatures in diaphanous gowns hold hands and spin in a rapid circle over my van, like a halo. It hasn’t happened recently. It never happens unless I’m alone up here. It’s basically a winter phenomenon, when the temp drops down close to zero.

I always cut the motor (which I have running for the heater) so I can hear the whirring sound they make. I can tell when they’re gone again, because the whirring stops, and then I go back to whatever I was writing on before they arrived.

I’m not sure what it means. I don’t think about it.

I’ve only seen then once – the first time it happened and I got out of the van to see what was going on. There they were, a ring of vibrating, glowing creatures of light. They seemed to fit into a reality that exists deep in my mind. Not deep in my subconscious, I don’t believe there is such a thing as a subconscious, just different levels, depths if you will, of consciousness, like ganglia dangling from the moment when nothingness erupted into everything.