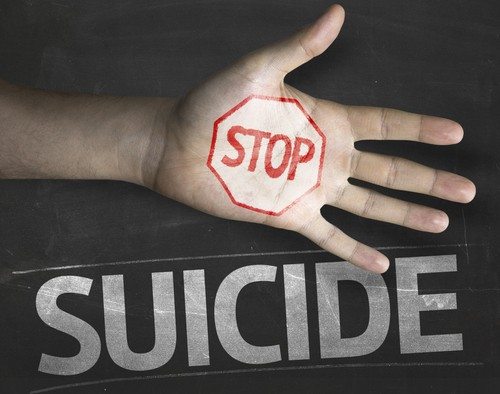 The way he felt about himself most of the time, it was a mix of indifference, hatred and shame, so he went into the bathroom and looked into the mirror and said, “I love you.” Next thing he knew the mirror was shattered and the knuckles on his right hand were bloody.

It wasn’t working out, the things they told him to do at Suicide Anonymous, and he wasn’t so sure it was working for any of the others, either. When the meetings were over and they were holding hands in a circle saying the Life is Precious prayer, he saw how as soon as the last word was out they yanked their hands free from each other and headed out the door to their cars. And, even though it was summer when he first came thru the door three weeks earlier, and was still summer now, no one wore shorts or short-sleeve shirts. Their skin was covered and everything was buttoned down tight. He knew what that meant.

He noticed how new people at the meetings didn’t miss a thing, and he began to suspect that that was the real unspoken purpose of the program, not to help people stop from trying to kill themselves but to stop them from seeing. Which made sense, he supposed, for a certain type of potential suicide, but not for him. Once you stop seeing things, you’re as good as dead already. When he talked like this at the meetings it didn’t go over very well.

Then one night, feeling crazed and dangerous, obsessing on showing up at the meeting with his Winchester and blowing everyone in the room away, he went to an AA meeting instead, even tho he almost never drank, and always in moderation. It was a diversionary tactic. He knew that once he loaded the Winchester he wouldn’t head out for the meeting, he’d stick the barrel in his mouth and blow his brains out.

AA was where all these 12-step programs got their start – Sex Anonymous, Over-eaters Anonymous, Gambler’s Anonymous – the list was as long as your arm. But Suicide Anonymous kept a low profile, because of potential legal ramifications. It was a word-of-mouth, hush-hush organization, and they did things a little different. They didn’t, for example, have twelve steps like the rest of them, they had only four:

• I admit that I’m obsessed with taking my life.
• I believe that only people who think like I do can help me.
• I vow to do my best to help others.
• I vow to look in the mirror every morning and say, “I love you.”

At the AA meeting the chair person asked if there was anyone there for their first meeting, and after a moment’s hesitation he raised his hand.

“Would you care to introduce yourself by your first name?” the chair said.

Then the chair read a passage from a big blue book that talked about different ways people tried to quit drinking on their own – taking a trip, not taking a trip; switching from Scotch to Brandy; drinking beer only; taking more physical exercise; reading inspirational books. Etc. None of it worked.

Next people took turns sharing. They said stuff like half measures availed them nothing. They talked about rigorous honesty and said without it they were screwed. And then the chair asked him if he had anything to say.

His mind went blank, and then he blurted out, “My name is Joe, and I’m on the brink of suicide almost all the time.”

“Join the club,” the chair said, and for the first time since he was a kid, he relaxed.