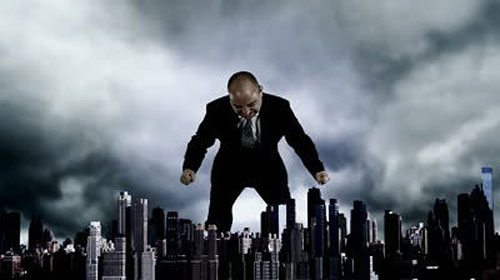 The remains of the day. Dangling entrails and an eye on tomorrow. Once they decimated Detroit they had the whole world by the throat. A few decades of lip service against a backdrop of sitcoms and they became too big to fail. And this is just the beginning.

A world of dwindling heroes. Superman stripping down to his cape in a cell phone, flying off thru virtual reality where Facebook is stronger than kryptonite. “Up and away,” he whispers, no longer sure of himself. Lois Lane runs off with a banker.

To think I lived thru the Sixties. The Fifties too and the Forties. I once saluted a flag and told my sins to a priest. I hear you can do that on line now, get heaven-sent absolution. I hear that God is on facebook and has a shitload of friends. I hear a lot of stuff just hanging out on the corner.

Out comes the blowtorch, a way to mark off territory. A way to remember the Nam.

It’s been sixteen years since I last flew on an airplane. Twenty-four since I gambled in Vegas and ran drugs thru customs. Now I have a car without computer chips. You have to roll the windows down with your hand.

I’m followed wherever I go. They pretend to be talking on cell phones when I turn and glare at them. They call me up in the middle of the night and mimic canaries. There’s not much they won’t try. They built a clone of my granddaughter but it malfunctioned and went berserk in a shopping mall.

“That’s not me,” my granddaughter said, watching the trial on TV. “I would never plead guilty.”

“The world is a dangerous place,” I said, and she went up in smoke.

There’s so much that she’s never experienced.