going back in time 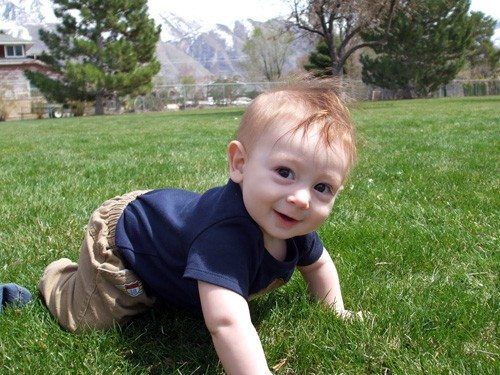 Going Back in Time

Little kids, real little kids, they stagger before they walk, get upright, stagger a few steps, go down again, up again, stagger and fall, until finally the stagger evens out into a walk and before they’ve got that mastered they start to run, and if they’re on a grassy playground they never walk, they run everywhere in staggering little steps of pure joy.

I’m parked here watching them do it, and this one kid is running with a ball as big as his head and he drops it and it bounces away from him, his balance is thrown, he goes down and transitions straight into a crawl, he’s slapping turf and moving out after the ball, and I have the feeling that if he were to come to a body of water, a pond or a lake, he’d crawl straight into it and like a tadpole dart under the surface and wiggle off, reverting to a point in evolution that isn’t as far in the past as we’d like to think.

Tagged as going back in time, John Bennett, Poetry