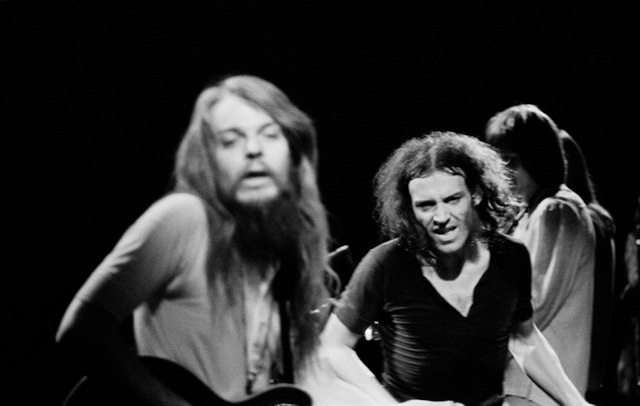 I sometimes get Leon Russell confused with Leonard Cohen. It’s not as strange as it may seem, it’s more than the first four letters of Leonard’s name and all the letters of Leon’s being the same, there’s something subtle in the cadence of their song, something in long-buried drug habits and bedroom habits and in Leonard’s case maybe not so long buried, maybe not buried at all, just crawling thru the mud on their hands and knees. And let’s face it, I don’t have a clue about Leon’s sex habits, but I can imagine from the way he sings and plays piano and guitar and bass, and so I don’t really get them mixed up, Leon and Leonard, it’s more I recognize something the same in both of them, if Leon’s even alive. Jesus, he may be dead and buried along with his sex habits, and Leonard can’t be far behind if he is, all the good ones are being sliced down by age and sleazeballs are writing books about them and claiming to be sex partners from back in the day when we were all sex partners, which makes me think of Joe Cocker.

I’m pretty sure Joe is dead and gone, recently too, somewhere up in the mountains in Colorado. Rocky Mountain High, and no, that’s not Joe’s song, but it would have been if he’d ever got around to singing it, he would have snatched it away from John Denver just like he did with anyone whose song he sang, it was all over once Joe got a hold of your song – ask Leon Russell.

I’m thinking of that concert they did in Berlin back in 1970, Mad Dogs and Englishmen. For a long time I had it in my head that Leon Russell was English, which is totally wrong, Leon was an Oklahoma boy but he moved on down the road, they all do, look at Joe Cocker, cashing in his chips in the mountains of Colorado, a long way from Yorkshire.

It’s annoying the hell out of me that I don’t know if Leon Russell is still around. But either way and in an important way he is, the greats are eternal. But what I was getting at back a ways is Cocker didn’t just make a song of Leon Russell’s his, he made a whole concert his, and he did it with an imaginary guitar, an air guitar. There they are squared off stage center, ripping away, and Cocker stole the show. You could hear it, this invisible guitar, gut-wrenching.

All I can say is clever men and grocers weight everything, and I used to write a column for the local paper called Air Guitar.