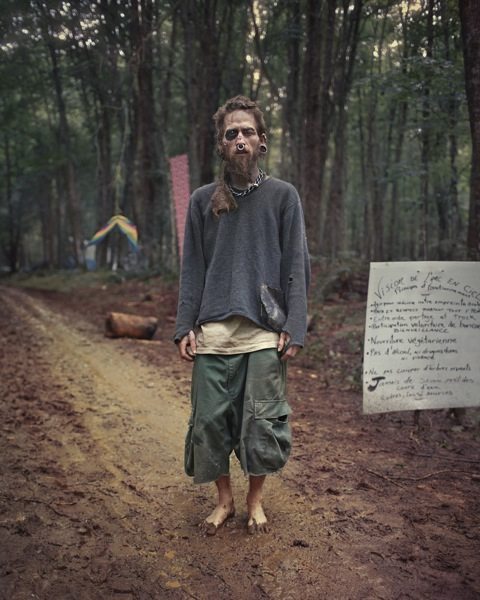 There’s a kid pacing the graveled alley outside my window, stuck in the groove of a twisted litany:

“Hey, baby–how many tats you got? Hey, baby–I want to see your tats!”

He’s courting as best he knows how the Indian chick who lives in a yurt out behind my cottage. Her old man–a Mongolian with expired papers–split, and this kid is one of many suitors who come calling, mostly after dark. But he’s out there at eight in the morning.

He’s got a good number of tattoos himself, tattoos and a rash of piercings. I’d like to say he has a Mohawk, resplendent with the colors of the rainbow, but he doesn’t.
His hair is sandy brown and normal. He’s wearing baggy jeans ripped off just above the knees and calf-high combat boots.

The Indian chick doesn’t come out of the yurt, and after changing the inflection of his chant three or four times, the kid shuffles off down the alley, cutting across the stock-car driver’s lawn, lighting a cigarette as he goes.

I watch him thru my widow, light a cigarette of my own, slam down the rest of my coffee and head out the door to work.