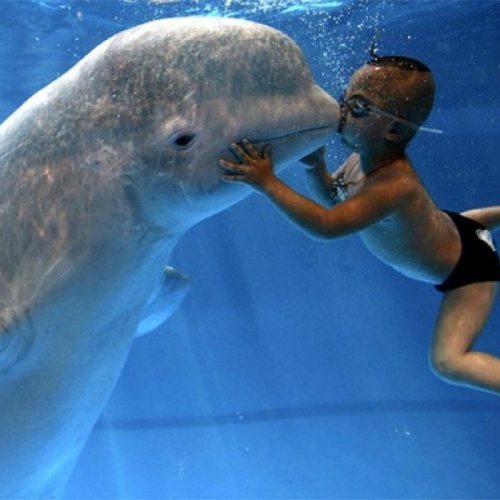 Of course it had to be kept under wraps. This was a scientific breakthrough that could bring down the whole house of cards–the discovery that it’s not intelligence superiority that separates us from beasts of burden and wild life in the jungles, oceans and forests, it’s the animal kingdom’s unconditional acceptance of the natural order of things.

There were scapegoats waiting in the wings in the event of a leak or something going drastically wrong–the team of researchers primarily responsible for the research was Iranian.

The Iranians had been working with the support of English and American scientists at Princeton and M.I.T., and they’d devised an apparatus that was capable of translating the tangle of fantasy and emotion that dreams are made of into an intelligence equivalent.

The implications of this development were staggering. For instance, it would now be possible to distinguish genius obscured by eccentricity from simple eccentricity, and it would also be possible to determine who among those seeking to topple the Establishment actually had the intelligence to do so. Tests were conducted on subjects snatched off the street or procured from prisons and mental institutions, and over a year’s time the accuracy of these tests registered consistently in the 96th percentile.

The back-up American and English teams were elated, and they retired to a resort in the Swiss Alps to celebrate and await a green light from Washington on funding for the establishment of The Dream Conversion Institute. But the Iranians saw the handwriting on the wall–it was the same old story, they were going to get relegated by the West to a minor role in the enterprise. They flew home to Tehran, and on the flight one of them dozed off and dreamed he’d plugged into the dreams of an animal.

And that’s what they did. And what they found was that the intelligence of even the lowly sea slug registered at genius level, and that of dolphins, elephants and monkeys was off the charts. The Iranians realized they’d tapped into a realm beyond the precincts of science, and in great secrecy they put together a team of world-renown philosophers who in time formulated the Unconditional Acceptance Hypothesis.

But GCN (Global Counter-terrorist Network) got wind of what was going on, and teams of CIA agents and Navy Seals went into action: overnight the Iranian scientists and philosophers, along with all data pertaining to their experiments, vanished. For mop-up action, the scientific community world-wide was purged of anyone who compromised pure science with moralistic proclamations–they disappeared in a blitz of midnight arrests, after which security was tightened and suspicion charts were drawn up on thousands of individuals who before the advent of the Dream Machine had been considered citizens in good standing.