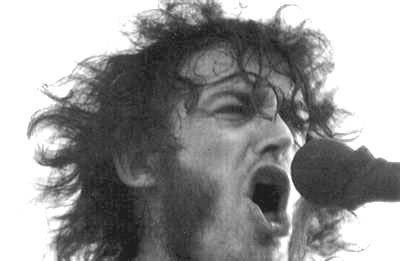 I wrote a song called “Marginal Writer” and sang it on street corners and in empty lots all over Europe. I accompanied myself on a ukulele. Paul McCartney dropped by when I was performing in a Hamburg alley back in the Sixties and said, “Keep up the good work.” Two weeks later “Paperback Writer” clawed its way to #1 on the charts.

You bet I was bitter. I shattered my ukulele against a railroad trestle and took up playing the saw. My income took a dive and I hooked up with a one-ring circus run by Belgian Gypsies. They put me in a cage dressed in bear robes and fed me berries and raw meat. They gave my saw to an elfin Ethiopian girl dressed up like Tinker Bell and she got good. She got discovered and left the circus. I papered my cage with her news clippings and refused to wear my bear robes. The Gypsies stopped feeding me berries and raw meat. They cut off my opium supply, too, and I went into withdrawals. They dumped me off a fast-moving train outside of Marseilles.

I kicked cold turkey in a farmer’s wood shed, then stowed away on a boat to New York. Hired on as an oddball hit man for the Mafia – I had a way with the longbow.

I wrote John Lennon, no longer sure which of the Beatles stole my song back in the Sixties. He wrote back, “It ain’t me babe,” and I arranged to meet Cher thru an intermediary. Cher ran the tips of her fingers over my face and I took her right there on the bearskin rug. I left thru the bathroom window and went back to my basement apartment where I wrote my second song, “He Left Thru the Bathroom Window.”

Joe Cocker laughed so hard when I sang it for him he popped a blood vessel in his temple. “You’re not cut out for the music industry, mate,” Joe told me. “Get a day job.”

That was the first time anyone had ever talked straight to me.

2 Responses to the marginal writer