exception to the rule 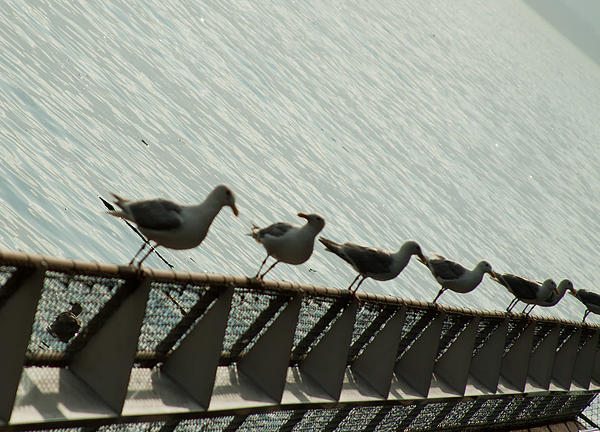 Exception to the Rule

They stood him on the carpet, one foot crossed over the other, his hands clasped in front of him.

They didn’t stand him in that posture, it’s the posture he assumed once they were able to pry him out of his chair and carry him to the carpet.

It was a matter of turning the abstract into the tangible, something that was being done throughout the land per order of the Supreme Council in an attempt to eradicate obscurity.

But they were off to a bad start with this one, they needed him to stand tall on the carpet for the expression to transfer properly into the tangible.

Most people they zeroed in on cooperated once they were made to see that a world without ambiguity would be a better world, a secure world, and he was fine too at the beginning, outstanding even – he got into the van willingly when he was stopped on the street, something no one else had done. Most people bolted when the Seizure Team approached them, and it was only after the indoctrination process that they became cooperative.

Throughout the whole process he didn’t resist, but he didn’t fully cooperate, either. He willingly sat in the interrogation chair, but he also wrapped his hands around the rungs that ran between the legs of the chair, and when they’d finished explaining why he was there and what he had to do, he didn’t get up and willingly walk over to the carpet, he continued to sit there, hanging onto the rungs. He hadn’t said a word from the time they took him off the street.

So they had to pry him off the chair and stand him on the carpet where he assumed that grotesque posture that made a mockery of all the Supreme Council was trying to accomplish.

The Council had stressed that there was to be no violence in the implementation of the Program, it was a program of persuasion, not force, but standing there like he was, still not talking, somehow he was strengthening the very thing the Council was trying to eradicate.

Two years earlier the Council had sent down a directive stating that people like him, recalcitrants, had all been converted, but there he stood, twisted up and silent.

The Interrogation Commander mulled the situation over and then had a brain storm, even tho brain storms were on the list of abstractions to be eradicated. He saw that if he switched his eradication focus from “Being called up on the carpet” to “An Exception to the Rule,” he could take action.

The man standing on the carpet became the personification of “An Exception to the Rule,” and the Council’s directive against violence was overridden.

He was taken down to the basement and shot.

Tagged as Exception to the Rule, John Bennett, Poetry, shards