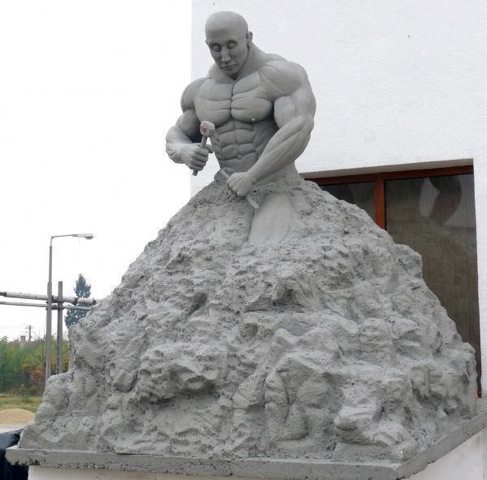 He was brought up on the carpet and then down to the basement and shot and then dumped into a shallow grave that he dug his way out of without much difficulty. He brushed himself off and headed back into town.

It would take more than a few harsh words and a bullet in the skull to keep him down, he was a good man and you can’t keep a good man down. Plus his skull was thick as a brick and his determination off the charts.

What, exactly, he was determined about changed from day to day, minute to minute, a random-shot determination directed at whatever crossed his path or got in his way (he didn’t like things to get in his way), so that one day he’s fishing drowning men out of the ocean and the next he’s throwing them in.

All of this, of course, figuratively speaking.

He’d pop up here and pop up there and vanish as quick as he popped up so that people began to speculate. Papers were written and published and debates took place. Some thought he was an enigma and others downright shifty. Some thought him a man of God while some said not to trust him as far as you could throw him. But children always warmed up to him.

Eventually it was discovered that he had no education, he was self taught or just picked things up along the way, his parents were deaf mutes and abandoned him in a pine forest in North Carolina when he was five.

Eventually all the speculation boiled down to the idea that he was the epitome of The Self-made Man, and job offers began pouring in from all over the place.