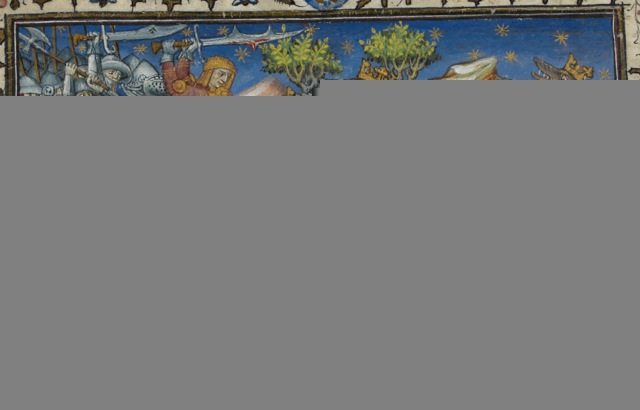 The Losers put their heads together and sat down at the drawing board. They argued, the heads. It’s the first time the Losers realized how many heads they have. It probably has something to do with why they’re Losers: people tend to be prejudice against someone with many heads – too many lips flapping, too many eyes darting from side to side, and when the heads laugh, it’s like a cage full of hyenas going off. It’s hard to stay rational when faced with so many heads protruding out of one neck.

Losers claim the deck was stacked. Telling them this isn’t a card game does no good–with their eyes shut tight, they furiously shake all their heads.

It’s time for armed intervention, which does not bode well for the Losers. Winners have more arms with greedy fingers than Losers have heads, and they start in slapping the Losers’ heads around.

Over time the Losers continue to grow heads until they’re no longer considered human by the Winners, they’re seen as monsters and are locked in dark cellars or hung from tree limbs with warning signs stapled to their heads.

The Winners grow uneasy as the flow of Losers increases exponentially. Exponential to what no one knows, but it’s best not to question such things if you don’t want to become a Loser.

A Rehabilitation Program got established, not to save Losers but to neutralize them. Some are given low-level government jobs. Others are put on submarines and sent under the polar ice. A few are shot into space and left there. The ones with the most heads are put in carnival side shows and given trailers to live in. Their families are brought back from exile and appear with the Losers on TV.

Stand-up comedians start making jokes about getting ahead in life, and they are banished from the World of Winners into the World of Losers where they are treated like freaks because they have only one head.

Two generations down the line, it’s as if things have always been this way, and run-of-the-mill Winners bow before the Rehabilitation Program, the portal into the World of Losers.

Nothing worse can happen to you than to be banished there.