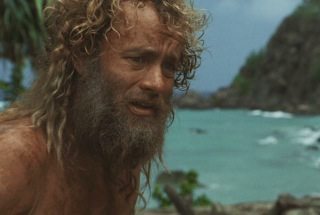 What’s the difference between inspiration and insight? A fighter jet and a hawk? Abundance and gluttony? The well-phrased declaration and a flat-out lie? A pistol and a whip? Pistol whipped and flayed? Flamboyance and gaudy attire? Equal rights and equanimity? A door prize, a door jamb, toe jam and a tight spot? Dancing for money, dancing for love, dancing to avoid being pistol whipped?

Who says we’re all connected? The Buddha who grew up in a castle? Christ who took the rap for the common man? Tom Hanks on a movie set? The executioner with his ax and a sack full of heads?

Okay, here’s the deal. Step into the huddle. These are your teammates, they want you to carry the ball. Are you up for it? Do you want to be the center of the enemy’s attention? Or would you rather intercept passes?

What’s the difference between consequence and destiny? Whip out your abacus, move the beads around, it’s no different from chopsticks. Slurp up the noodles and sip the green tea, pretend you know what you’re doing. What happens when time stands still, who comes to the rescue?

What’s the difference between a plastic bag in a high wind and a Ford Taurus in a tornado? No difference. Escalation, the great equalizer.

Capitulate, surrender, throw in the towel, abandon ship, forget the women and children, the captain up in the wheelhouse. Swim the wild ocean until you’re marooned on an island. Don’t plant a flag. Lie naked on the white sand of destiny, then stand upright and husk a coconut. Don’t question how you got a machete, don’t mourn the people hacked to pieces by machetes in Uganda and the Philippines.

Think of this as a new beginning.