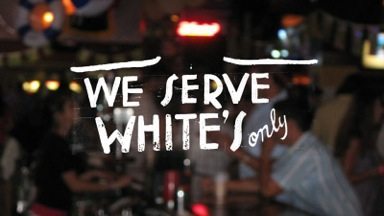 It was three in the afternoon and he was sitting quietly drinking his beer. He was on his way to Seattle, driving black-top thru Idaho, and he’d pulled in at a roadside tavern.

He didn’t want to talk with anyone, but that’s harder to do in a quiet afternoon bar than at night when the place is packed.

There were two other men sitting at the bar, one at the far end and the other three stools down.

“Are you a Republican?” said the man at the far end.

He shook his head no and smiled. Then he went back to staring at what he could see of himself between the rows of bottles in front of the large mirror behind the bar.

“Democrat?” said the man down the bar.

“What then?” said the man three stools down. “An Independent?”

“You want another beer?” said the bartender, and before he could answer, the bartender snapped the top off a bottle of Bud and slid it across the bar.

He glanced at his first beer. It was still half full. “Thanks,” he said

“Well, which is it?” said the man three stools down.

“I don’t have a preference,” he said.

Two bikers who had been shooting pool left the pool table and pool cues in hand wandered over to the bar. “No preference?” one of them said. “You one of those guys who just sits back and fucking watches the country go to hell in a hand basket?”

“I’m not looking for trouble,” he said, and took a twenty out of his wallet and laid it on the bar.

“He sure as shit ain’t Tea Party material,” said the second biker, and they all laughed. .

“Well,” he said, standing up, “time to hit the dusty trail.”

The bikers blocked his way to the door. “He sure as hell ain’t Klan,” one of them said. “Ain’t never seen no nigger in the Klan. What about it, boy? You the first nigger Klansman?”

He seemed suddenly to relax, and he was bigger than he looked sitting down. “Like I said, no preference,” he said, and made a move to go around the bikers.

The one closest to him swung his pool cue around hard from the side, and he moved with the arc of the swing, caught the cue and pivoted sharply, sending the biker who was still holding fast to the other end of the cue crashing into a nearby table.

The second biker did an overhead swing with his cue that he sidestepped and then punched the biker in the Adam’s apple; he went down clutching his throat.

The man at the end of the bar was heading for the men’s room in quick little steps, and the man three stools down was clutching his schooner and frowning into the mirror behind the bar.

“Keep the change,” he said to the bartender, and started for the door. The biker he’d sent crashing into the table was on his feet again, but he stepped aside and let him pass.

He stepped out into the day.