face to face with the hunter 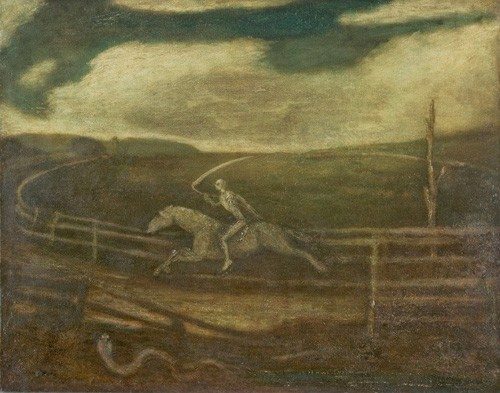 Face to Face with the Hunter

Tip the waitress. Tip the balance. Give a tip to the old woman with the soles flapping off her shoes in line in front of you at the track’s $2 window — put your money on the dark horse.

What, you don’t go to the track? You don’t gamble on dubious outcomes? You don’t trust men no bigger than children astride massive animals? You don’t know how I got past security?

Don’t sound the silent alarm, it’s a contradiction in terms. Plus you’ll piss me off, and what’s more dangerous than a man who’s slipped past security, talks in riddles and makes wild accusations?

I’m here to lodge a complaint. All my friends are dying in unsavory ways. We’re not a crowd that goes out peacefully. We don’t wind up parked in front of a TV in a wheelchair on a geriatrics ward while someone shovels jello down our throats. We run with the hunted until we come face to face with the Hunter.

Bring it on we say, and he cuts us down with cancer, Lou Gehrig’s Disease, aneurysms and strokes. Some of us jump the gun and blow our brains all over the wall. The winner of this “beat the Hunter at his own game” race by a length and a half stabbed himself six times in the throat. That takes some concentration. A wee bit of determination. Hats off to Jesse Bernstein.

Right, my complaint: who the fuck do they think they are, those people bunched up behind a wall of authority and squeezing the joy out of life?

Tagged as face to face with the hunter, John Bennett, Poetry, shards