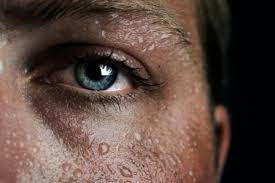 He was keeping a Big Secret. He had it stuffed into a Genie Jug along with a swarm of alcoholic ravings. He kept the jug under his bed.

Each night before slipping into sleep he took the plug out of the jug and put his nose to the opening. He inhaled deeply, and his head filled with hot shafts of light. He eased back into his pillow.

“Bless me Father,” he said.

“God grant me the serenity,” he said.

“Free me of bondage,” he said.

“Wipe the motherfuckers from the face of the earth,” he said, inventing his own prayer.

“Bring me a woman to cook and to love me.”

“Fix the car, the leaky faucet, the strange bulge in my dead son’s bedroom wall.

He was twelve days sober and he didn’t think he’d make it.