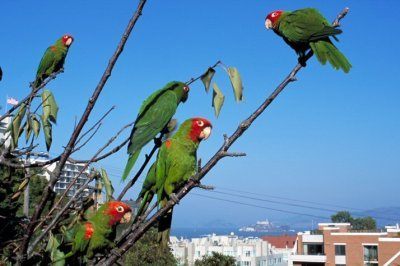 The bear went over the mountain, and what do you think he saw? A landscape of burning bushes between him and the next mountain.

The bear’s name was Syphilis. He got it from a Greek. Once you wander into the flaming wilderness in quest of vision, nationalities fall away and you’re fair game for anything. It beats cheating.

I once knew a girl named Cheating. She’d eat Greeks by the truckload and whoever else wandered in. She had a shack with a red porch light on the edge of base camp and a sixth sense that told her these boys on their way up the mountain longed for one last taste of what they were about to leave behind. There’s a fortune to be made on the dark side of virtue.

Cheating worked the trade for years, and then she packed up and went back to the city, following advice Mose Allison had given her years earlier when he blew into base camp to play a gig for the climbers. “If you’re goin’ to the city,” Mose sang, “you better bring some cash. Because the people in the city, don’t mess around with trash.” Well, she’d left the city broke and now she was returning with her pockets lined with gold. Cheating bought a nice place on Russian Hill and fed the parrots that filled the San Francisco sky like green bats. People called her Madam.

Cheating waited until the chant reached fever pitch, and then she yanked her bear inside and slammed the door behind her.

This is an aspect of mountain climbing very few are aware of.