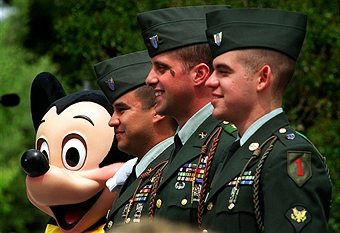 There’s a plot afoot against childhood deformity. Its intentions are to blot out unpleasantness, arch enemy of the cushy life. It’s been building incrementally for some time, and it’s well disguised as something else.

For example, right in this 88 Chevy Caprice, the back windows roll down only halfway, ostensibly to keep small children from toppling out while roaring down the freeway doing 80. But truth is, the idea is to keep the children from climbing out or being yanked out if the car is on fire and the doors are stuck. If they climb out, they might live, burn-scarred and hideous, wandering the halls of our public schools.

And then there are the air bags. A head-on collision can cause as much disfiguration in a child as a fire, so out pop the air bags and smother them.

Of course disfigurement in death is also unpleasant, which is why we have closed-casket funerals, which is a thing of beauty as well as an economic enhancer: a closed $10,000 coffin in a sea of red roses, organ music wafting softly through the dimly lit funeral parlor, which–doing its part to stamp out unpleasant terminology–is now more often called a Tribute Center.

The helmet law for kids riding bikes is more subtle. It’s not brain injury that’s of primary concern but hair loss due to scalp damage that might result in hair growing back in patches, an unpleasant thing to behold down the line, in–for instance–someone flipping your burger at McDonald’s or trying to sell you a house in the trouble-free suburbs.

Simply sharing this information with you gives rise to unpleasantness, and I apologize. But there’s a bright star on the horizon–Disney has come to the rescue with a win-win solution. Using its reputation for blotting out unpleasantness wherever it shows its disfigured face, and employing a small army of lobbyists, Disney has come up with a plan that once it’s made law will require every child who fits the new law’s description of deformity to wear one of numerous full-body Disney suits,depending on the child’s temperament and sex and the nature of the deformity. These include Mickey Mouse, Minnie Mouse, Donald Duck, Daisy Duck, April Duck, Pluto, Baby Red Bird, Bambi, Big Al, Big Mamma, Doofus Drake, Goofy, Cinderella and any of the Seven Dwarfs. Once the new law goes into effect, air bags, helmets and back-seat windows that open only halfway will become a thing of the past.

In time disfigured children encased in full-body Disney suits will outnumber normal children. They will bond with their character, and Disney Suit stores will spring up to accommodate the children with larger suits as they grow into adulthood. Eventually, not wanting their children to be ostracized, parents of normal children will encase them in Disney suits.

This is the wave of the future. The day will come when every country we conquer will be occupied by an army of Mickey Mouses, and the world will finally see the futility of resisting our domination. 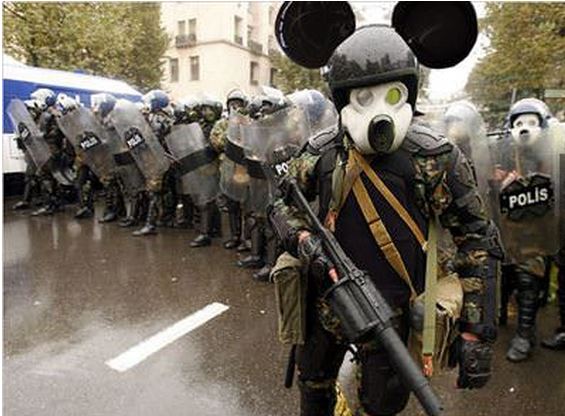