the manchurian candidate of childhood 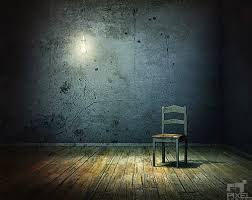 THE MANCHURIAN CANDIDATE OF CHILDHOOD

He was smoking himself to death, but there didn’t seem to be another option. There was a tension that needed to be maintained inside him at all costs. It insulated him from everything around him, and it would carry him across death’s threshold untouched.

There was a school of thought that claimed this wasn’t true, that he’d been touched over and over again, not just touched but hammered and violated, used and abused and even loved. They lumped it all together–love, violation, abuse.

Contact was their key word. Adhesion. Connecting web-like flaps of bloodless flesh leaving no man to stand alone, so that the ongoing illusion of the Grand Scheme, a Noble Destiny, remained intact.

Well, they were wrong, if for no other reason than they desperately needed to be right. Deep inside he rejected it all, every last shred and morsel, and this was the core of him, far beyond their reach. The entirety of their Edifice was an Avoidance Game, and anchored in this realization, he was impervious to their aggressions.

Still, they kept searching for the trigger that would set him off, but they never found it. Resistance and self-destruction were the interlocking components of a programming that had been encoded into him long ago–there was nothing dormant in him waiting to be triggered, his very existence was the act they feared would flower, manifested in every breath he drew.

He was a tear in their webbed Edifice. He was the Manchurian Candidate of Childhood, and there were more like him.