the afterlife of an altar boy 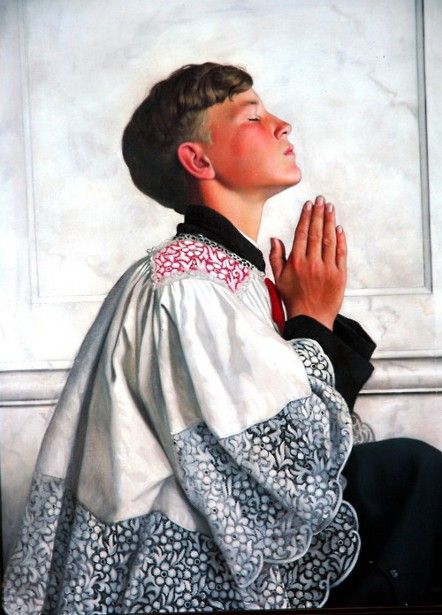 The Afterlife of an Altar Boy

He lived a life of prayer-like repetition.

“Hello, I love you,” he’d say to anyone who would listen, then grab a mask from his wall of masks and slam it on.

“Losing face are we?” a woman once said, and for the briefest of moments his disappointment listed toward hope.

But it was expectation bait, and there she stood baring one breast and winking the wild wink of treachery so that he ripped the mask off again. Which was a mistake, because even in that brief time the mask had sent tendrils into his skin in search of what warmth was left in him, and a layer of flesh came away with it.

The woman tucked her breast back in and, turning the tables with the speed of blind intuition, she called out: “Help! Murder! Police!”

He did a back flip and rattled off sixteen platitudes that quicker than a flash flood landed him safely back in the illusion of normalcy.

“I…I’m sorry,” the woman said. “I must have heard you wrong. I must have had a hot flash. Please continue. On your way, I mean, continue on your way. God’s speed! May you find your lucky star, your station in life, your lost dog, integrity, 3/4 ton truck, youth, promise and whatever else you haven’t been able to hang on to.”

She trailed off. She was in uncharted waters.

He boogied on down the street.

Such is the afterlife of an altar boy, about the only thing he ever was good at. Try to explain that to the Gestapo, the Thought Police, the gang hanging out on the corner around the street lamp snapping their fingers and going doo-wah, doo-wah under a fat August moon.

Tea House of the August Moon. The credits roll and he makes a break for the exit from mid-row to center aisle, bumping knees and whispering, “Hello, I love you,” flinching with each “Have a nice day” fired back at him, terrified she might pop up out of nowhere with her bared breast.

But he makes it, he’s out again, free again, France/Spain who knows where the altar boy wanders, tenacious and scrubbed clean?

Hello. I love you. Don’t explain.

There’ a flip side to the spinning coin, to force-fed salvation, to the trickery of pony rides and cats with distemper, to the illusion of gravity. You’re a prisoner of free fall, nothing’s blocking your way, au contraire, it’s all coming up from behind, like a posse, like bounty hunters with gloved hands and drunk priests with erections.

You can see where his trouble lay, feigning surrender while sloshing thru a graveyard of bird bones, a communion wafer stuck to the roof of his mouth, his cassock black as nightfall, his surplice stained with altar wine.

“Hail Mary,” he whispers. “Snuggle up now and hand me what only you know I yearn for.”

There was no stock response to that. Throats were cleared and hands slipped into pockets, doing who knows what in there.

He misses the Stations of the Cross. The swing of the incense canister. The tinkling bell that turns wine into blood. He misses holding the gold plate under mouths open like bird beaks, heads back, eyes closed.

He takes a deep breath and continues on into the labyrinth.

These are the ingredients of the one true religion.

Tagged as John Bennett, Poetry, shards, The Afterlife of an Altar Boy