the summer of love 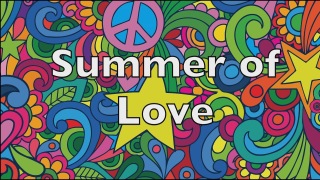 THE SUMMER OF LOVE

Wolfgang stepped onto the sidewalk to begin his night shift barking rubes into the strip joint, and at the same time a mixed bag of Mexicans and Vietnamese tumbled out of the disco joint next door and began slashing at each other with knives. There were twice as many Vietnamese as Mexicans, and pretty soon the Mexicans were down on the pavement and the Vietnamese kept kicking them in the face until they heard the sirens. Then they went back inside.

The police scooped up the Mexicans and hauled them off. There was so much blood on the sidewalk people were turning and going back in the direction they came from. It was the Summer of Love in San Francisco, and across town on Haight Street high-school dropouts were looking for Nirvana on LSD. Wolfgang went back inside the strip joint and talked the bartender into giving him a triple-shot rum and Coke. He lit a cigarette and stepped back outside.

A special police unit had arrived and began hosing down the sidewalk. Inside the strip joint Carol Doda came out on stage with two male accomplices and began shaking those monstrous boobs and singing a song. People began crossing the fight zone again now that the blood was gone, and three college boys hesitated in front of the strip joint, drawn to the large glassed-in poster of Carol.

“For five bucks you’ll have an experience inside that will change your lives,” Wolfgang said.

Across town on Haight, a pusher was saying the same thing to a boy and a girl who’d run away from home in Burlington, Vermont, and they all reached for their wallets.

Tagged as John Bennett, LSD, Poetry, THE SUMMER OF LOVE