there is some shit i will not eat 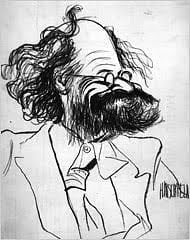 There Is Some Shit I Will Not Eat

I wrote a piece about Martians turning everyone green and sent it to OpEd News and they fired it back with the word “shit” highlighted in red. They were considering publishing it but wanted shit out of there. Their reasoning was that readers will be offended, not by the idea of being turned green by Martians, but by the word shit.

“There is some shit I will not eat,” said Big Olaf in an e.e. cummings poem.

Once cummings tried to help his friend Joe Gould who was a mad genius and slept in doorways in Greenwich Village. His obsession was writing the Oral History of the Times, which consisted of scribbling down whatever he heard people say as he wandered the streets. His very existence flew in the face of the force that censors shit.

cummings tried to get Joe admitted into an elite literary circle so that Joe’s writing might reap a modicum of recognition and Joe might receive enough financial blowback to be able to afford to rent a room.

Joe showed up on time for his evaluation, and the interview was going well until the panel asked him to recite one of his poems. Joe’s eyes lit up.

“Gull!” said Joe. Then he began flapping his arms wildly and making gull sounds until eventually they stopped him.

“Thank you Joe,” the head of the panel said. “You’ll be hearing from us.”

Real art shits wherever it pleases and never eats it.

Tagged as John Bennett, Poetry, shards, There Is Some Shit I Will Not Eat