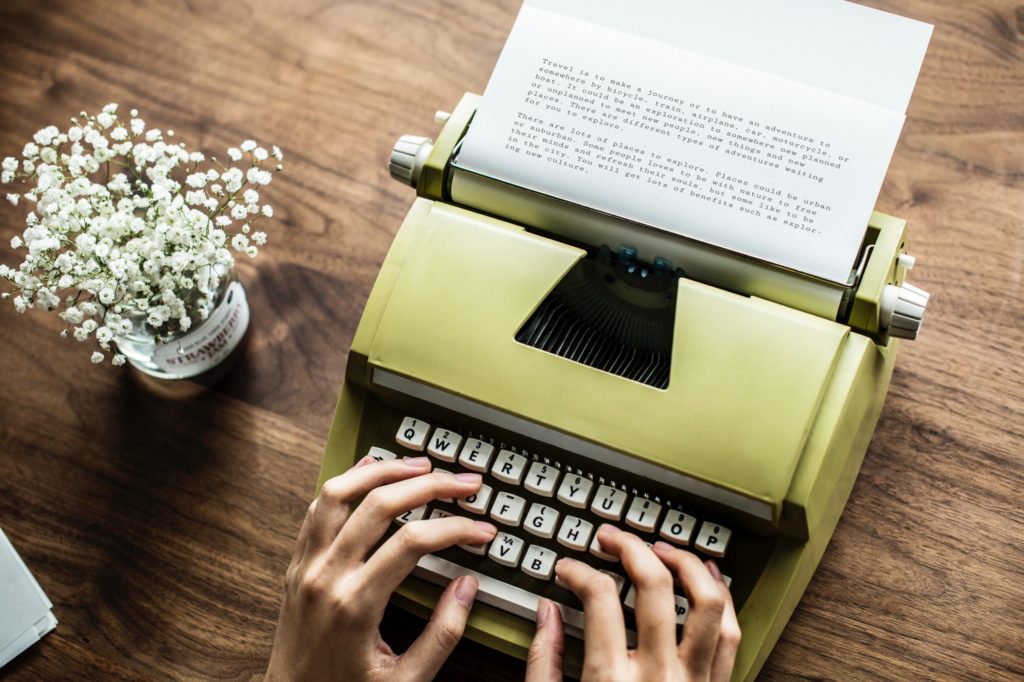 Throw the carriage, ring the bell, change the ribbon–the gone world of the manual typewriter. Now I have a computer with web access, word-processing and an array of gigabytes like sticks of dynamite strapped around my waist. I have email lists–a hardcore list and a family list, a list of friends and a list of enemies, a political list, a hometown list and a list of drunks. I bob along in a wide ocean of technology. The rain falls, sharks circle. I send an S.O.S. to my lists and hire a list consultant.

The consultant says I’m going about it all wrong. He tells me about blogs, Facebook, YouTube and chat rooms. “That,” he says, “is where the action is. That’s how the game is played.” He says I’m invading people’s privacy with my lists, their right to choose, their this, their that and their other thing. “Who,” he says, suddenly angry, “the fuck,” he exclaims, “in hell,” he blurts out, “do you think you are?” He says I’ve wasted my time and money hiring him.

I take him to court to get my money back, but the case gets thrown out and I walk out of the courthouse into a pack of dated reporters with flash cameras and note pads. They’re all talking at once and want to know if I have anything to say for myself. “As a matter of fact,” I say, and then I trip and fall down the steps, blinded by the exploding flashbulbs.

I wake up in intensive care. There’s a foot-long incision down my abdomen and I’m strung out on morphine. A nurse says that they cut my guts out. “That,” she says, “was your problem. You’ll feel better now with your guts gone.”

Late that night, while the night nurse is nodding off at her station, I get dressed and slip out the door, flag a cab and drive straight to the airport.

So much has changed since they took my typewriter away. I unstitch the ballpoint I’d hidden in my shirt hem and begin writing in the margins of my flight plan. It feels strange having my guts gone, but my heart still pounds like a kettle drum. I’ll leave the message folded in the pages of the travel mag in the seat pouch in front of me and hope someone reads it.